Yoo Myung-hee to head to Geneva for WTO selection process

Yoo Myung-hee to head to Geneva for WTO selection process 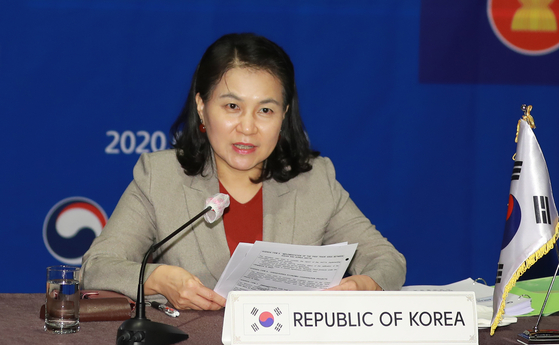 Korea's trade minister, who is running to become the new head of the World Trade Organization (WTO), plans to visit Geneva this week as the international body begins the selection process for its next leader.

Trade Minister Yoo Myung-hee will head to Switzerland on Monday as the WTO plans to launch the first round of the selection process on Sept. 7, according to the Ministry of Trade, Industry and Energy.

During the first round, representatives from 164 member states will provide a maximum of four preferences, after which three candidates will be removed from the list. A total of three rounds of the selection process will be held.

Yoo plans to contact representatives from the members states to call for their support, the ministry said.

Yoo is the third Korean to run for director-general of the WTO. Two Koreans made unsuccessful bids in 1994 and 2012.

LG Electronics signs deal with Qualcomm on 5G for cars