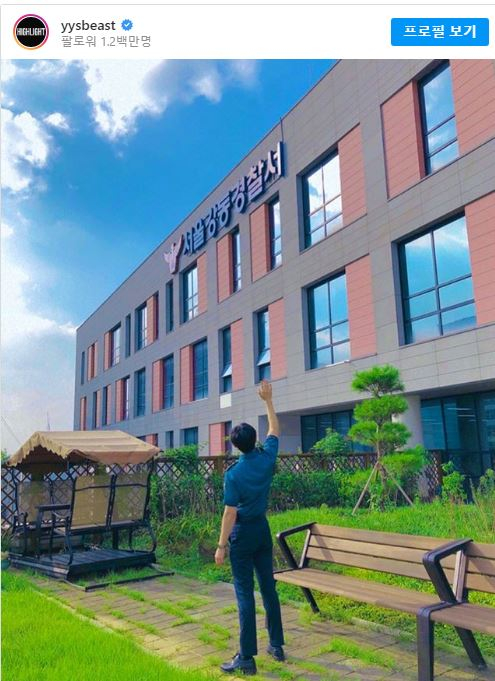 
Yang Yo-seob of boy band Highlight was discharged from the military Saturday after completing his service.

He posted a photo on Instagram waving farewell to the Seoul Gangdong Police Station, where he served as a conscripted police officer for 19 months.

Together with the photo, the singer posted a long emotional message looking back to his time in service.

"Jan. 24, 2019. It was the day when many people, including myself, had an emotionally difficult time," he started.

"The image of my parents in tears and my fans cheering for me is still so vivid. Over the course of one year, seven months and seven days, there were many challenging moments as well as happy ones. I cried, and I laughed. It was a long journey that felt like a movie. Thank you to the many people who helped me endure during this time, including my fans, who waited together with me for '20 full moons.'"

On the day Yang began his duties, Yang released an EP entitled '20 Full Moons.' The two songs on the EP, "With You" and "Moonlight," were written by the singer. The title of the EP was a promise to fans that he would return after '20 full moons.'

Yang hinted of an immediate comeback, saying he'll repay his fans with great music "and a slightly improved version" of himself.