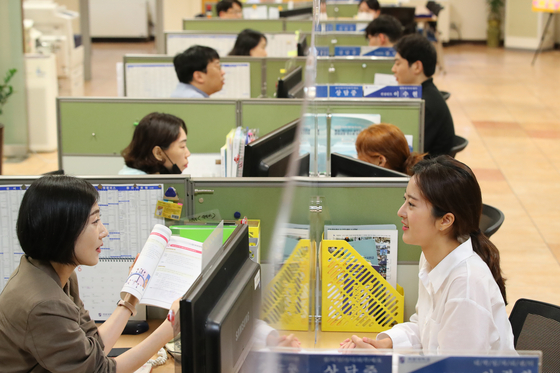 Companies are instead shifting to a rolling recruitment system, hiring for specific roles as and when they need to. This shift could exclude many applicants who have been preparing for mass recruitment, as new positions are now likely to have a smaller recruitment pool and the expectation of some level of relevant experience.

Even the market for internships has gotten more competitive. LG U+ is currently recruiting interns for its design, user interface, user experience and consumer research teams. Candidates have to submit relevant projects in their fields and nine interns will be chosen based on those submissions. Some of those interns could go on to full-time employment.

Since the virus outbreak, many companies have abandoned mass hiring sessions in favor of rolling recruitment. According to a survey of 530 public companies by job portal Incruit, 41.4 percent said they will hire on demand in the second half of the year, and 39.6 percent said they are scheduled to hold a mass recruitment drive.

The survey showed the most common reason behind the change was efficiency, with many companies also responding that the changing business ecosystem demands more experienced workers. Some companies said they simply cannot afford to proceed with mass recruitment due to the financial impact of the Covid-19 pandemic. 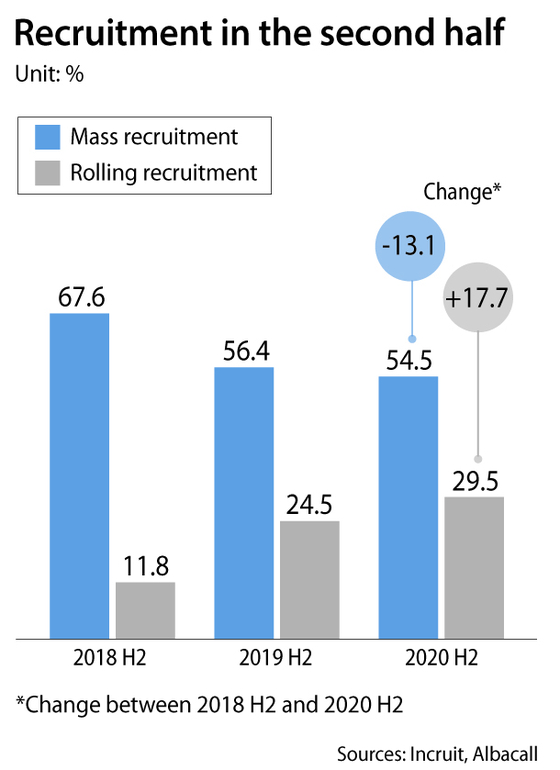 Rolling recruitment has been becoming increasingly popular in Korea, where the market used to rely on huge recruitment drives where tens of thousands of applicants would take written tests, with special cram schools even helping to prepare applicants for the tests.

Changing recruitment styles also changes the type of candidate companies are looking for.

“Previously, companies evaluated applicants based on their academic background, grades, age, gender and English proficiency, but the emphasis is different with the internship-style recruitment, where skills and expertise are the major criteria,” said Cho Myeong-hyeon, a business administration professor at Korea University.

This change is worrying young job seekers who are concerned that their lack of experience could count them out of the job market. While companies used to hire inexperienced workers through mass recruitment, they are now looking for employees with experience in the field.

Meanwhile, companies with contactless businesses are taking a totally different route and are planning to maintain the conventional method over the next few months. Internet giants Kakao and Naver said they are planning to hire hundreds of new employees this year.

Naver plans to hire some 200 new employees this year. Naver said it held an online briefing session for its recruitment process on Aug. 21 and is planning to accept applications at the beginning of September.

“The mass recruitment system is unique to Korea," said Cho. "As the conglomerates expand both in size and also diversify their fields, a streamlined mass recruitment is no longer viable. The changing organizational structures have coincided with the coronavirus outbreak, and companies will quickly develop their own styles of recruitment on a rolling basis to find talent suitable for their needs."