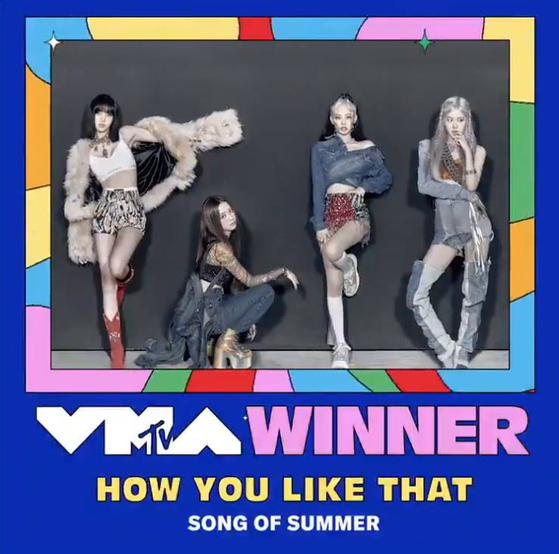 Girl group Blackpink is awarded the Song Of The Summer award on Monday at the 2020 MTV Video Music Awards. [YG ENTERTAINMENT]


Girl group Blackpink took home its first ever prize at the 2020 MTV Video Music Awards on Monday, also marking the first ever for a K-pop girl group.

Blackpink was awarded the Song Of The Summer on Monday for its hit "How You Like That" released in June this year, besting other global hits such as "WAP" by Cardi B, "Popstar" by DJ Khalid and "Break My Heart" by Dua Lipa.

Other stars who have received the Song Of The Summer award in the past include One Direction, Cardi B, 5 Seconds of Summer and Ariana Grande. The category was added in 2013.

The list of girl groups to be honored at the awards includes legendary U.S. girl group TLC, Destiny's Child, The Pussycat Dolls, Spice Girls and Fifth Harmony — and the latest K-pop addition. 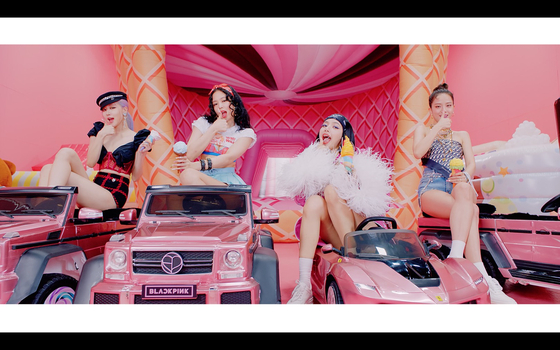 
Blackpink was also nominated for the Best Group award along with boy band BTS, who took the award.

"How You Like That" was released on June 28, storming music charts both in and outside of Korea.

Meanwhile, the band's latest collaboration with pop star Selena Gomez, "Ice Cream," released on Aug. 28, sits on YouTube's Trending Worldwide chart for the third day in a row as of Monday.

The music video for the song hit 100 million views in 41 hours after its release.