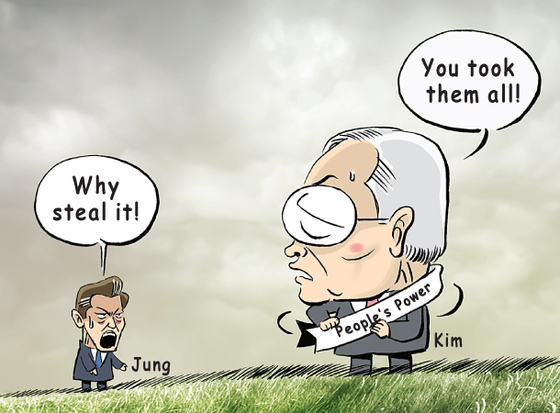 After opposition leader Kim Chong-in changed the name of the United Future Party (UFP) to People’s Power Party (PPP) temporarily until a final approval on Wednesday, ruling party Rep. Jung Chung-rae denounced Kim for stealing the name from a civic group called People’s Power he founded in 2003. The ruling Democratic Party took the chairmanships of all standing committees in the National Assembly after a landslide victory in the April 15 parliamentary elections. [PARK YONG-SEOK]