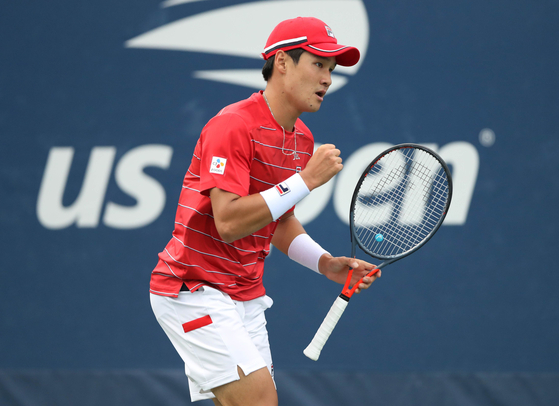 Kwon Soon-woo celebrates during his first round match against Thai-Son Kwiatkowski of the United States at the 2020 U.S. Open at the USTA Billie Jean King National Tennis Center on Sunday. The 73rd ranked Kwon picked up an impressive 3-1 come-from-behind victory against Kwiatkowski in the opening round. By doing so, Kwon became only the third Korean tennis player to win a match at one of the four tennis majors. Kwon will be facing world No. 17 Denis Shapovalov of Canada in the next round, scheduled to be played on Wednesday. [GETTY IMAGES/YONHAP]