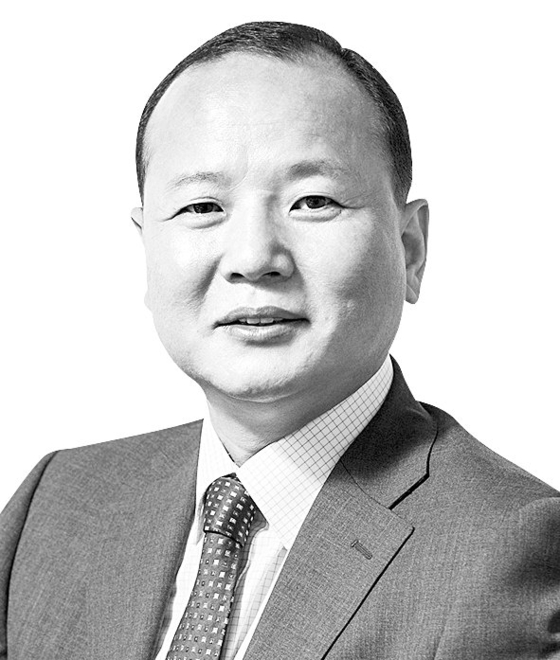 Japanese Prime Minister Shinzo Abe has been reading “Napoleon,” a three-volume book by Kenichi Sato about 19th century French leader Napoleon Bonaparte, according to the Nihon Keizai Shimbun. He stopped after finishing the first two books. “I don’t need to read Volume 3,” he said, as it would be all “downhill for Napoleon” from then on. Abe must have sympathized with the French leader. It is also intriguing that he chose not to read further to witness the fall from grace from the once-mighty.

Abe’s exit from politics after heading the cabinet for seven years and eight months means a lot. His lengthy reign was made possible by the lethargy of Japanese politics. The administrations of six prime ministers before Abe reclaimed the helm of the ruling Liberal Democratic Party (LDP) in 2012, lasting no more than one year on average. The LDP’s minority status in the Upper House was one reason.

Abe was able to extend his reign thanks to the dysfunctional — and indecisive — parliament. His leadership gained impetus as his party achieved six consecutive wins in Lower and Upper House elections. He wielded power as if in a presidential system. Abe even installed the HR bureau in the cabinet and commanded Japan’s dinosaurian bureaucracy. Abe was not just the longest-serving but also the most powerful prime minister of Japan.

The LDP became simplified under the mighty leader. Antimainstream factions and opponents were rare after the party’s power over nomination strengthened through electoral changes. Abe’s sudden exit could leave a void in its leadership.

Would-be candidates for the next prime minister include Chief Cabinet Secretary Yoshihide Suga, former Defense Minister Shigeru Ishiba and party policy chief Fumio Kishida. All of them can hardly match Abe’s command over the party or voters. They also do not have Abe’s strong family background, which is very important in Japanese politics. The LDP may go back to its multi-leadership once again

Abe’s nationalistic stance has paved the way for Japan to shake the stigma of war. He removed the legal chains prohibiting the country from exercising the right to use collective defense to protect the country.

His revisionist view triggered many disputes with neighboring countries. In an address commemorating the end of World War II, Abe said the Russo-Japanese War (1904-1905) “gave encouragement to many people under colonial rule,” angering many.

Abe may have been a far rightist, but he also had his feet firmly on the grounds. He was strictly pragmatic toward the international trends — the rise of China, the clash between the United States and China, Japan’s relative downturn and risks from U.S. President Donald Trump, to name a few. Abe strengthened ties with Washington and sought détente towards Beijing. Tokyo pursued coexistence with Beijing, while leaving its strained ties with Seoul intact. Seoul and Tokyo differed greatly on their views on China and North Korea.

It won’t be easy to reset the Seoul-Tokyo relationship after Abe’s exit. Abe’s resignation also could reinforce the influences of China and Russia, both still under longstanding strongmen Xi Jinping and Vladimir Putin, whose reigns could last for a lifetime.

Abe has left a legacy of slogan policies. He defined low birth and aging as a national crisis and placed top priority in fighting it. A politician mostly avoids issues that cannot generate immediate results. But he connected demographic challenges with rural development by luring people to migrate to rural areas through job incentives.

His achievements were mixed. The goal of maintaining a 100 million population by increasing fertility rates to 1.8 cannot be easy. Japan’s fertility rate stayed unchanged at 1.36. The policy to encourage people to move out of Tokyo also has not achieved progress. But the government managed to create nearly 300,000 jobs in rural areas, raise Japan’s female employment rate to 73 percent and achieve agricultural and fisheries exports of 1 trillion yen ($9.5 billion). Many businesses have moved out of the capital. Abe was keen in promoting balanced growth. He has reported on the developments in his New Year addresses since 2015.

Rural promotion went hand-in -hand with tourism development. Abe commanded the policy to boost tourism. Inbound travelers surged to 31 million last year from 19.74 million in 2015. Enhancements in social security have also been some of his accomplishments. His government started to build a social security system that promotes hiring of seniors in an aging society. Japan’s today can mirror the future of Korea. We need to study Abe’s public policies. His lengthy reign may have been possible through the inventiveness and boldness to see through them.

Toward a turning point