Burning down the house

Burning down the house 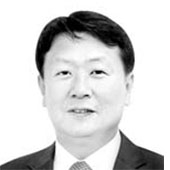 
Former Korea-U.S. Combined Forces Command (CFC) Commander Vincent Brooks — the first African-American West Point cadet brigade commander — is well known for his affection toward Korea. He served in Korea twice and is capable of singing all four verses of Korea’s national anthem. Many said he rarely loses his calm, but he angrily reacted to a Korean politician’s remarks on Aug. 29.

Rep. Song Young-gil — a ruling Democratic Party (DP) lawmaker and chairman of the National Assembly’s Foreign Affairs and Unification Committee — recently said, “The United Nations Command in Korea should not intervene in inter-Korean relations because it was an illegitimate force with no roots whatsoever.”

Asked about Song’s comments, Brooks said it was terrible to deny an organization created by the United Nations. He made clear his opposition to recent attempts by some South Korean politicians to dismantle the decades-old UN Command.

Lately, key members of the Moon Jae-in administration are making meticulous — and tireless — efforts to trash the UN Command, a pillar of South Korea’s national security. Since late last year, powerful figures in the national security establishment have demanded its dismantlement.

Song is just one of them. Last September, Moon Chung-in, President Moon’s special advisor on security and foreign affairs, said the biggest obstacle to better inter-Korean ties is the UN Command. In May, former Presidential Chief of Staff Im Jong-seok said the UN Command is abusing its powers beyond control. And in June, then Vice Foreign Minister Cho Sei-young talked about a need to “change the role of the UN Command by declaring the formal ending of the Korean War armistice.”

Disbanding the UN Command is one of North Korea’s persistent demands along with withdrawal of U.S. Forces Korea (USFK) and suspension of Korea-U.S. joint military exercises. At the UN General Assembly last year, North Korea even called the UN Command a “ghost.” In 2018, Pyongyang branded the command a “monster.” This seems strangely similar to Song’s labeling of the command as “illegitimate.”

Although the UN Command is bombarded with North Korean attacks, it is actually a tiny apparatus. Including the commander, it has only about 30 members. But North Korea is eager to dismantle the command because of the important role it has played since the Korean War Armistice in 1953.

First, the existence of the UN Command itself is a powerful shield. Friendly countries will immediately come to South Korea’s aid when a war breaks out on the Korean Peninsula as long as the command is here. After the Korean War Armistice, 16 allied countries that had deployed their troops to help South Korea defeat the North’s aggression made a momentous declaration before they withdrew. They agreed to gather under the flag of the UN troops if North Korea attacks South Korea again.

Because of that promise, the allies have justification to return to Korea if another war breaks out, as the UN Command’s mission to protect South Korea from communist invasion is still alive.

Despite some tricky issues involved, the truce agreement played a crucial role in maintaining peace on the peninsula. The fact that there has been no war is the proof.

If the armistice becomes invalid, the two Koreas will likely get entangled in territorial disputes over the five islands in the West Sea. And it can lead into a serious armed clash.

The seven bases are all key facilities of the U.S. Forces Japan (USFJ). If the UN Command is dismantled, the U.S.-Japan agreement will become invalid. That will create a serious hole in South Korea’s national security.

Even if the UN Command has hindered inter-Korean exchanges, as some liberal politicians argue, we should persuade the UN Command to modify its permission procedure instead of trying to disband it. Demanding a dismantling of the command is like burning the house down to get rid of bedbugs.