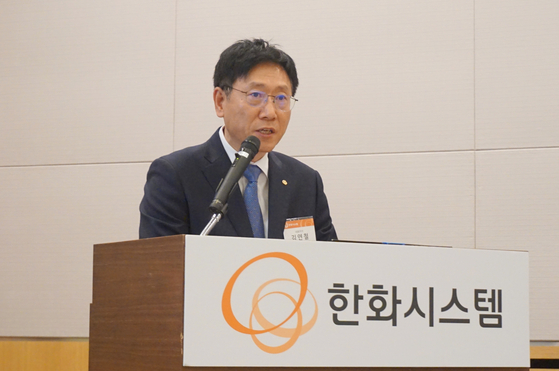 The infrared imaging system observes infrared light and plays a central role in imaging the heat emitted from objects. The system is expected to make up for the shortfalls of the traditional electronic optics equipment, which had observational limits at night. The infrared system is capable of 24-hour observation of the heat emission point.

Arirang 7A is an ultra-high resolution optical satellite that is under development. The first edition of the satellite launched in 1999 amid increasing demands for observation of the peninsula and border areas as well as nearby waters.

The infrared system will have improved detection and observation features. Its frequency of observation for areas of interest will also be maximized. The new functionality is expected to help the satellite make strides in a wide range of fields including preparation for natural disasters, national land management and analysis of urban heat islands.

“Hanwha Systems has bolstered its competitive edge in the satellite sector based on its original development of satellite equipment. We will continue to expand in the space industry through the recently acquired satellite antenna developer,” said Kim Youn-chul, the CEO of Hanwha Systems.