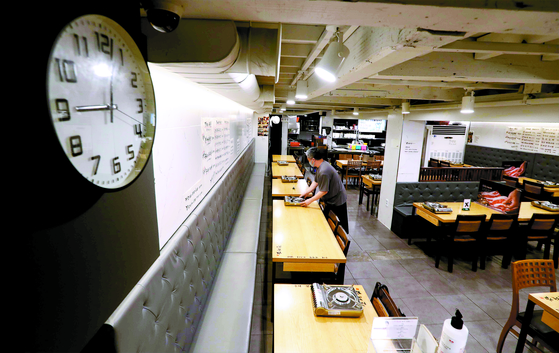 Restaurants in Seoul cannot serve food and drinks inside their establishments after 9 p.m. They can only do delivery and takeouts. [KIM SANG-SEON]


The food and beverage industry in Seoul has faced something it has never experienced before due to the coronavirus: restricted opening hours.

Different from other major cities across the globe, which completely shut down the operations of restaurants unless people eat out on the terrace or do takeouts and delivery, Korea has never faced such issues until this week. Restaurants and some bars registered under the category of general restaurant or bakery, as well as cafes, are being forced to stop serving food and drinks to guests inside the restaurant after 9 p.m. to 5 a.m., until Sunday. In between those hours, they can only do delivery and takeouts.

Many restaurants instantly balked at the inevitable drop in sales. To fight any financial difficulties they have faced, many chefs and restaurant business entrepreneurs are looking for ways to stay more sustainable, not just for the week, but for the years to come in the future.

Many so-called dining bars, which usually only open for dinner and then for drinks until after midnight, decided to open for lunch. It was their attempt to bring out those who want to get in as much sunlight as possible during their limited time out. It is also their desperate move to try to make up for the sales they are not going to make for the week, as there is no guarantee that people will come and visit during the modified hours. Melange, a wine bar in Gangnam District, southern Seoul, opens from noon to 9 p.m. without a break until Saturday, while Les Clefs de Crystal, another wine bar in the area also opens from 2 p.m. to 9 p.m. till Saturday. Dining bar Mirror in Seocho District, southern Seoul, not only changed its opening hours but also started a takeout service.


Some restaurants that are popular these days are trying to go beyond doing delivery and takeouts. If the opening hours of a restaurant are restricted, bring the restaurant experience home with a chef explaining the food you are being served.

Food magazine Bar&Dining joined hands with some Michelin-starred chefs. It has uploaded videos of the chefs explaining certain foods prepared for its special “Chef’s Delivery Week,” which lasts until Sept. 8.

Right now, four culinary talents including Kang Min-goo of Mingles and Chang Jung-su of Jungsik have put together food for home diners to enjoy. The food gets delivered, and diners plate it and then play the video before they dig in to hear the chefs explain the food in front of them, similar to when dining at a restaurant.

“We wanted to seek out different measures to find a sustainable way for a restaurant in times of the pandemic, and this is one thing we are trying to do for many food aficionados that are hesitant to come outside and get food they don’t get at a daily restaurant,” said Kim Yu-young, editor in charge of the special promotion for the magazine. 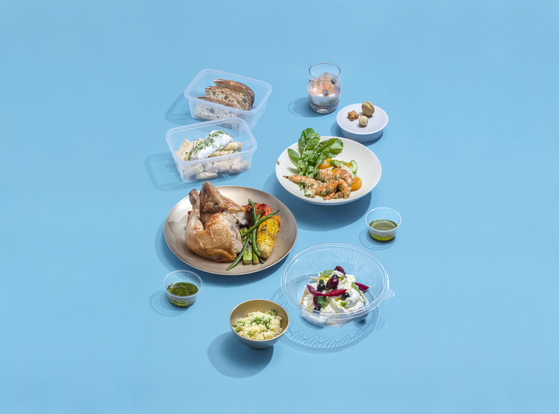 Food from Mingles for its "Chef's Delivery Week" promotion. [BAR&DINING]


Different from any other delivery food options, diners can't place orders at any time. To avail of the special, diners have to make a reservation at least one day in advance, just like they do when they want to visit popular restaurants.

Mingles offers a full course dinner starting with appetizer and ending with a dessert for 100,000 won ($84) that arrives between 6:30 p.m. and 8 p.m. until Sept. 6, while Jungsik does lunch and dinner with a simpler taco set for Friday, Monday and Tuesday for 45,000 won. L’espoir Du Hibou’s offer is more affordable at 36,000 won for lunch and dinner for Monday. Prior reservation at least a day before by 5 p.m. is a must. 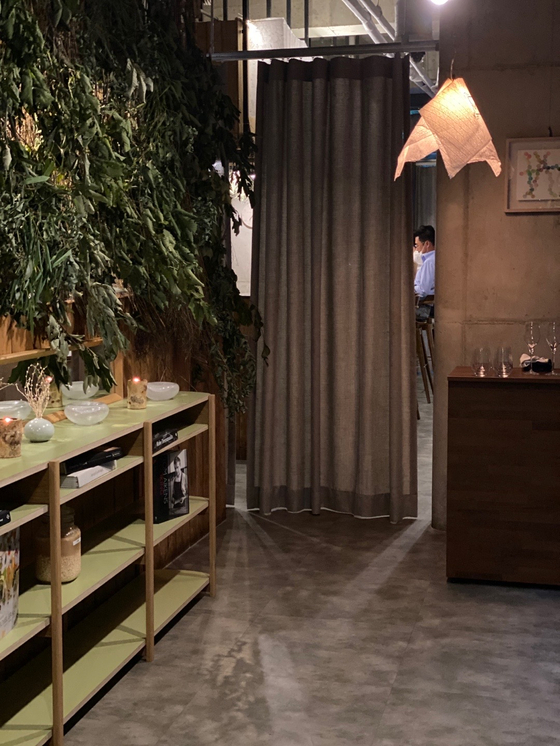 Restaurant Evett when it did more private pop-up dinners in August. [KIM HYE-JIN]


Restaurant Evett is offering an even bolder option to bring the restaurant experience to home diners by actually visiting their home to cook and serve.

“We have decided to create a way that guests can still enjoy the dining experience in the safety and comfort of their home,” said the restaurant on its Instagram.

It still serves guests at its restaurant in Yeoksam-dong, in southern Seoul’s Gangnam District as well. Recently it held a pop-up to host smaller numbers of guests, up to six, at its venue where it used to serve around 30 people at once, to make the dining experience more private and safe.

Coupang chosen as a top "disruptor" by CNBC