Hyundai Motor participating in IFA for the first time

Hyundai Motor participating in IFA for the first time 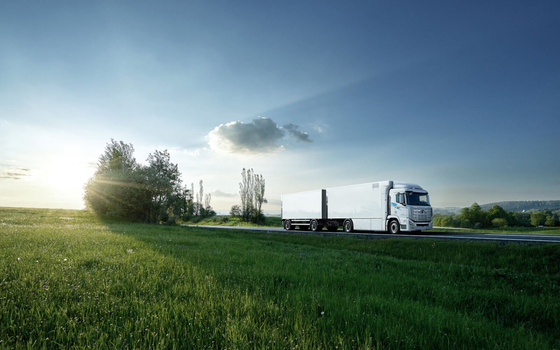 A XCIENT fuel cell truck is delivered to Switzerland in July. [HYUNDAI MOTOR]


Hyundai Motor is taking part in the IFA 2020 trade show for the first time, introducing its strategy for eco-friendly vehicles.

IFA, one of the world’s three largest trade shows for electronics, was organized this year as a hybrid event combining in-person and online activities. Many stage events were moved online as part of the organizers' efforts to reduce human contact during the pandemic.

Hyundai Motor will participate in three online events during the three-day event, which kicked off Wednesday in Berlin.

On Sept. 3, the carmaker hosted a virtual panel discussion under the title “Fueling the future — paving the way to a hydrogen society,” which was aired on IFA’s Extended Stage website and YouTube account.

The session started with President and Head of the R&D Division at Hyundai Motor Group Albert Biermann introducing Hyundai’s vision to transform itself from a carmaker into a provider of mobility solutions in support of a future where transportation means everything from cars to trains being replaced by eco-friendly vehicles.

In the panel discussion, seven participants including Hyundai executives and Jorgo Chatzimarkakis, secretary general of Hydrogen Europe, discussed the installation of hydrogen chargers in Europe and the necessary infrastructure for hydrogen-powered vehicles.

On Friday, President and CEO of Hyundai Motor Europe Michael Cole will take the stage as one of the speakers at the IFA Global Press Conference to further introduce Hyundai’s direction as a provider of smart mobility technology and strategies with Ioniq, which has been retreaded a battery electric vehicles (BEV) brand. The session will be aired live.

“The participation in IFA was aimed to emphasize Hyundai’s leadership in technology for eco-friendly mobility in Europe, where demand for hydrogen and electric vehicles is rapidly increasing due to environment regulations,” Hyundai said in a Friday statement.

In July, Hyundai Motor exported 10 hydrogen-powered trucks to Switzerland. The goal is to export an additional 40 hydrogen trucks by the year’s end and increase this figure to 1,600 trucks annually by 2025.