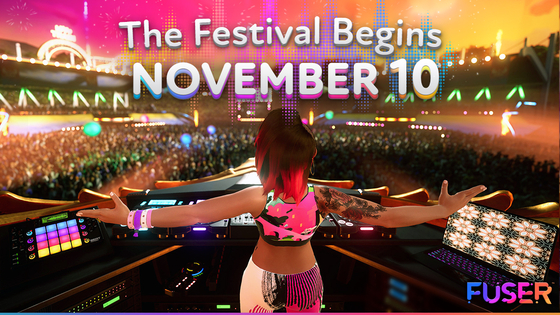 
Fuser, NCSoft’s first console game, will be available in the United States and Europe from Nov. 10, the company said Friday.

One of Korea’s three largest game companies, NCSoft is the publisher of the game. Fuser was developed by Harmonix, a Boston-based independent game studio specializing in music games like Dance Central and Guitar Hero.

Fuser will be available on PlayStation 4, Xbox One, Nintendo Switch and online. It is a game where players can pick an existing song and control vocals, instruments and bass lines to create remix versions. The output can be shared on social media, and users will be able to collaborate with others.

According to NCSoft, the game will include more than 100 songs by artists such as Amy Winehouse, Childish Gambino, Flo Rida and Sean Paul. Agreements with music labels are necessary for each song added.

NCSoft has no plans for a domestic release at the moment, a spokesman said. The game, which can already be ordered ahead of the release in the United States and Europe, will be available in six languages: English, French, Italian, German, Spanish and Portuguese.