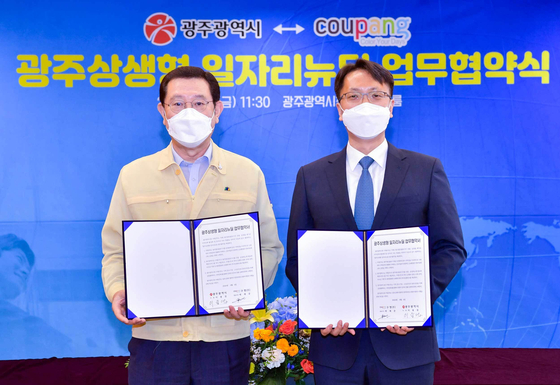 
Coupang announced it will build a distribution center in Gwangju to offer one-day deliveries to more parts of the country.

The company announced Friday it will build a distribution center in Gwangju where both frozen and refrigerated products can be stored.

Construction is scheduled to begin early next year and be completed in the first half of 2023.

“Software we developed on our own and artificial intelligence [AI] technologies will be used at the Gwangju distribution center to optimize the management system,” said Coupang in a statement.