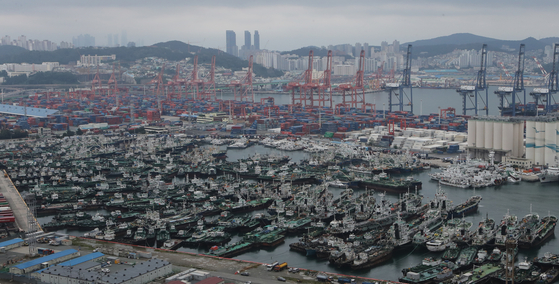 Fishing boats are secured at a port in Busan’s East District as the coastal city braces for yet another typhoon in less than a week with Haishen makes its way northward to the East Sea Sunday. Busan has barely begun recovery efforts after Maysak hit the city last week, and Typhoon Haishen was expected to pass through the waters between Jeju Island and Japan’s Kyushu region Monday. [SONG BONG-GEUN]