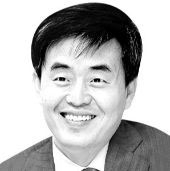 Lee Young-lyoul
The author is a professor at Seoul Institute of the Arts.


Names define who you are as a person. For companies and political parties, names represent their brand images. They therefore often christen themselves with terms that remind the public of their key product or service.

Controversy is boiling over the main opposition United Future Party’s (UFP) new moniker: the People Power Party (PPP). It was officially adopted last Wednesday — just seven months after the opposition changed its name to the UFP. In the last eight years, the opposition party re-labeled itself four times. No wonder the PPP caused such a stir.

I assume the party chose the new title to win the next election, just as companies select a new name when trying to distance themselves from a bad reputation. For instance, Japanese auto company Toyota, which was known for selling affordable cars, created the Lexus brand when it tried to sell luxury vehicles in the United States. Korean securities firms even rename their unpopular investment funds to draw investments.

When companies name their products, they try to think of something that sums up their new product’s concept — or the reasons why consumers should buy it. That’s because when people go shopping, they use their five senses to decide what to purchase.

The German philosopher Immanuel Kant once said, “Thoughts without content are empty, intuitions without concepts are blind.” Kim Kun-bae, a business administration professor at Soongsil University in Seoul, wrote in his 2014 book “The Principle of Attractive Concepts” (translated title) that when people try to understand something, they use their senses to perceive the content of it, and then combine that with the concept or name of the object. One example would be Korea’s popular learning material, Eye Level Math. As children build their way up to solving more difficult math problems in higher levels, they conceptually associate the process with the very name of the product.

The main opposition party changed its name several times in hopes of reaching out to voters. But the voters found the transformations futile because they could not sense anything different in the party’s actions or policies. It’s like a restaurant expecting more customers simply by switching the names of its menu items without improving the actual food.

Perhaps to not repeat its past mistakes, the opposition party made substantial efforts to leave a good impression on the voters with its new title — the PPP — by adopting concepts of basic income and the May 18 Democratization Movement spirit in its party platforms and policies.

One good way for a political party or company to quickly improve its public image is to change how it sees itself. When Google first launched its portal service — instead of emulating frontrunner Yahoo, which focused on providing users with interesting news — it pivoted to developing a top-notch search engine.

By thinking outside the box, Google managed to offer services different from Yahoo, find better ways to earn profit and eventually become a global hit.

Never in Korea’s history has the general public’s level of political awareness been higher than it is now, as people gain access to the latest news with a couple swipes on their smartphones. If political parties wish to win the hearts of the people, they must look at themselves anew and improve their perceptions by changing their actions.

Instead of seeing themselves as their constituents’ representatives — and as operators of state affairs — political parties could start seeing themselves as the public’s servants. Our political parties can certainly win people’s trust by yielding their vested rights, refraining from rude language during their parliamentary activities and healing the pain in our society.

If the PPP changes its behavior, the message it hopes to convey to the voters through its new name will be better heard.

Departing from the past (KOR)

A lot on his plate (KOR)