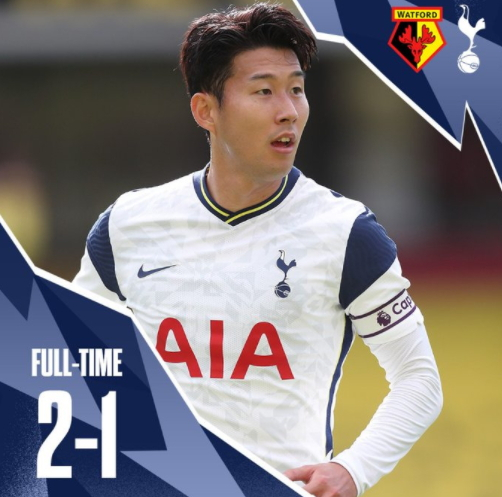 During Spurs’ last friendly against Watford at Vicarago Road Stadium in Watford on Saturday, Son scored his fourth goal of the preseason friendlies. While Spurs were losing 2-0, Son scored a late penalty in the 79th minute to prevent the team from suffering a shutout loss.

Following the game against Watford, the club ended their preseason friendlies with a record of three wins and a loss. In addition to scoring his fourth goal, this was a meaningful match for Son as he wore the captain’s armband for the first time since joining Spurs five years ago.

Son was named captain as a number of Spurs’ senior players like goalkeeper Hugon Lloris and Harry Kane were absent with the England national team at the UEFA Nations League.

Son's momentum hasn't faltered throughout the friendlies. He started off by scoring two goals during Spurs’ first friendly match against Ipswich Town on Aug. 22.

Then, against Reading on Aug. 28, Son scored another in the 39th minute to help Spurs pick up a 4-1 victory in their second friendly. Not only was Son able to score in two straight matches, but his goal against Reading marked the fifth anniversary of the day he signed with Spurs.

Son was back in action in Spurs’ third friendly against Birmingham on Aug. 29. Spurs won the match 1-0, although Son didn't score.

Spurs will officially start their 2020-21 Premier league season with a match against Everton on Sunday, Sept. 13, at Tottenham Hotspur Stadium.

During a friendly against FC Cartagena, Lee scored two goals — an equalizer in the 69th minute and another in the 80th minute — to help Valencia pick up a 3-1 victory.

Valencia will start their 2020-21 La Liga season with a match against Levante UD on Sunday, Sept. 13, at Mestalla Stadium.