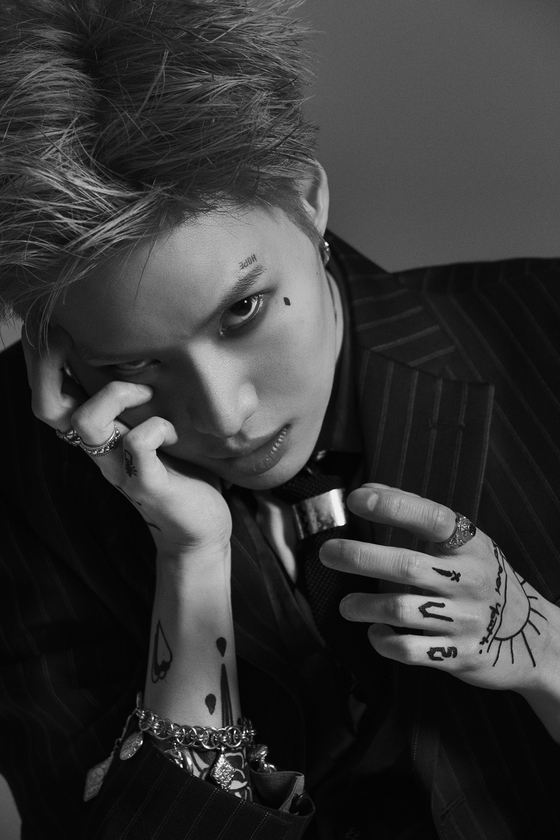 Taemin, of boy group SHINee, plans to release the first part of his third album today at 6 p.m.


The release, titled “Never Gonna Dance Again: Act 1,” will be issued through a variety of music streaming and downloading sites. The music video for the main song, “Criminal,” will be released through YouTube and NaverTV’s SMTOWN channel today as well. He will also hold a live show, “Criminal Lounge,” on Naver V Live SMTOWN channel at 8 p.m.

Once fully released, the album will consist of two “acts,” along with a previously-issued single. It explores how Taemin breaks out of a world that’s become comfortable to him as an artist and tries to reinvent himself with fresh challenges.

Today's release will include nine songs. While the song “Criminal” examines Stockholm syndrome, “Black Rose” takes its inspiration from an eclipse, as he confronts his new self. “Waiting For” analyzes a dream in which he falls for someone, while “Clockwork” describes the memory of a previous lover. Other songs include “Strangers,” “Just Me And Your,” “Nemo,” “Famous,” and “2 Kids.”