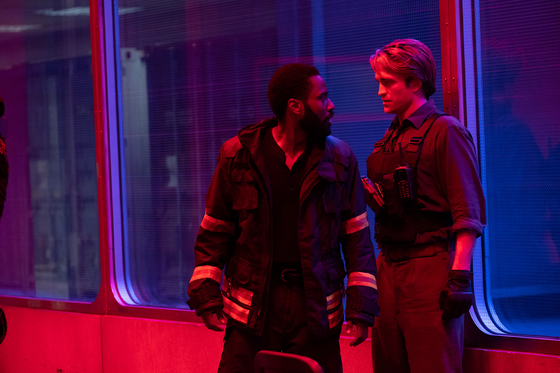 “Tenet” managed 176,000 in ticket sales at 1,553 screens to accumulate an estimated 1 million tickets in sales since its local premiere on Aug. 26. The story revolves around the protagonists attempting to reverse time to prevent a future world war from happening.

Second place was taken by investigative comedy film “Oh! My Gran,” which attracted about 135,000 people to 1,100 screens over the weekend. The film centers around Doo-won (played by Lee Hee-jun) and his mother Moon-hee (played by Na Moon-hee) who suffers from Alzheimer’s disease, and their quest to find the culprit behind a hit-and-run accident involving Doo-won’s daughter, Bomi.

“Deliver Us From Evil,” the only local film to surpass 4 million ticket sales this year after “The Man Standing Next,” took the third spot, gathering an estimated 23,000 people to 567 screens.