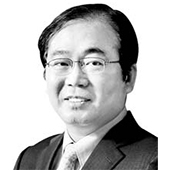 Lee Ha-kyung
The author is chief editor of the JoongAng Ilbo.


A political arena that has been favorable to the ruling Democratic Party (DP) has miraculously become a level playing field. No one can say for sure who will be the victor in the next presidential election. That is largely because of the main opposition party’s decision to recruit Kim Chong-in — a political strategist who had served both sides — as its interim leader.

The opposition party has long been the political establishment of the country. But since President Park Geun-hye’s impeachment and removal from office three and a half years ago, the conservative party suffered crushing defeats in presidential, local and parliamentary elections. The opposition is salvaging its allure by changing its name from the Liberty Korea Party (LKP) to the United Future Party (UFP) and now to the People Power Party (PPP).

The latest name is the same as the political and media reform network of former President Roh Moo-hyun’s loyalists, which played a key role in his presidential victory in 2002. Its English title — People Power Party — includes “People,” a term used in the official names of China and North Korea. As the new name suggests an impression of liberalism and socialism, it may have been a difficult decision to escape its old image of regressionism. Some party members protested, but their new leader did not budge.

Kim’s attempts to reinvent the major opposition must resolve its discord with our time. Kim quickly reinvented the party of the political establishment, known for its anti-Communism and reactionary conservatism, as a group of centrists and pragmatists. The highlight of his attempt was bidding farewell to Rev. Jun Kwang-hoon, a powerful religious and political leader of extreme conservatives.

Kim dropped to his knees to make an apology at the May 18 Cemetery for the Chun Doo Hwan military regime’s massacre of democracy protesters in Gwangju and the conservative party’s view of history.

Pastor Jun is an extremist who argued for a march toward the Blue House to overthrow the Moon Jae-in administration. He was totally out of synch with our time. Despite Covid-19 outbreaks, he led a mass rally, and hundreds of his followers as well as himself were infected.

When an epidemic hit Rome in the 2nd and 3rd centuries, the Christian community cared for the sick. That helped it become a global religion.

In 1919, only 2 percent of the populations of Joseon under Japanese colonial rule were Protestants. But 16 of the 33 representatives who adopted the Declaration of Independence were Protestants. The extremists of today, who are obstructing preventive measures against Covid-19, are tainting the history of Protestants in Korea.

Kim made a guarantee of basic incomes as the first plank in the platform of the PPP. He also embraced the liberal agenda of gender equality. But those attempts alone can hardly change the party’s fundamentals. The PPP must separate itself from the far right-wing in support of Jun.

The multi-term lawmakers from Busan, Ulsan and Gyeongsang provinces — key members of the largest opposition party — must have felt uncomfortable about Kim’s plans. That is why Kim receives limited support from the party. Though Kim is credited with Park’s presidential victory in 2012 by promoting “economic democracy” — a key promise of the liberals — the party dumped him later. Economic democracy also disappeared. Kim is trying to promote reform again in the conservative party. Its prospects remain uncertain.

If the extremism of Jun is poison for the main opposition party, President Moon Jae-in should overcome his hardcore supporters. They fiercely intervene in opponents’ reactions to Moon’s remarks and actions. Any criticism is perceived as disrespect of the president. Their actions turn the people of the republic into subjects of the Moon dynasty. No one is free from their scorn. The legislature, judiciary and administrative branches are all affected by their narrow-minded views.

During his meeting with Protestant leaders, Moon said, “If the people feel better after criticizing and swearing at the president, that is good, too.” But Moon’s loyalists have already made him an “emperor.” Those criticizing former Justice Minister Cho Kuk, whom Moon cherishes, are immediately labeled “accumulated evils.” Those who raise the need to improve Korea-Japan relations and disagree with Moon’s hardline anti-Japan policy are called “Japanese collaborators.”

Put simply, they are not criticizing the messages; they are attacking the messengers. They want the public to keep silent and obey the president. Moon’s claims that he is okay with insults aren’t very convincing.

In the early 1930s, Sweden’s rightist party expelled the Swedish National Youth League, which supported Adolf Hitler. After about 25,000 members left the party, it had uphill battles in subsequent elections. But the party was able to stop the rise of anti-Democratic forces by keeping a distance from extremist groups.

In their book “How Democracies Die,” Harvard University professors Steven Levitsky and Daniel Ziblatt underscore that major political parties should have the power to isolate and control extremist forces to play a role as a gatekeeper. Could the DP do so against the Moon loyalists?

The people are sick of the extremists. The PPP managed to politically purge extremists led by Jun. President Moon should make up his mind. He must escape from his own fanatical followers. That will not only save Moon but also the country.

No change, no victory