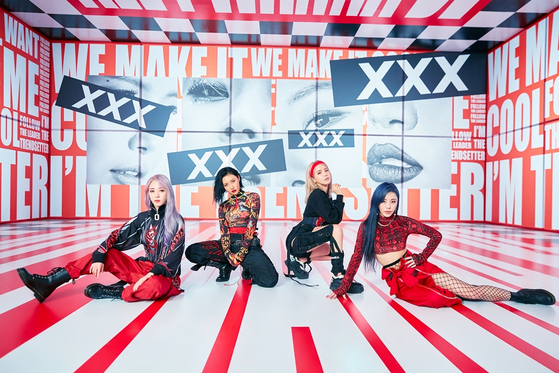 
Girl group Mamamoo will release a new single on Thursday for the first time in 10 months after its members had been actively pursuing their solo music careers, the band's agency RBW said on Tuesday.

According to the agency, Mamamoo's new special single "Wanna Be Myself" will drop on Sept. 10, 10 months after its second full-length album "Reality in Black" was released in November last year.

"This single will be a surprise gift to fans who have been waiting for Mamamoo's music as a whole group," the agency said.

"The song will be filled with Mamamoo's signature confidence and honesty. We ask for your love and support."

After winning cable channel Mnet's all-female music competition program "Queendom" last year and storming charts with the lead track of its second album, "Hip," the members of Mamamoo have been busy with their own solo songs.

Member Moonbyul was the first of the group to release her music this year, with a collaboration with Punch on "Weird Day" in February. She also released "Eclipse" in the same month.

Solar was next with "Spit It Out" in April, and Hwasa released "Maria" in June.

Mamamoo Wanna Be Myself Queendom