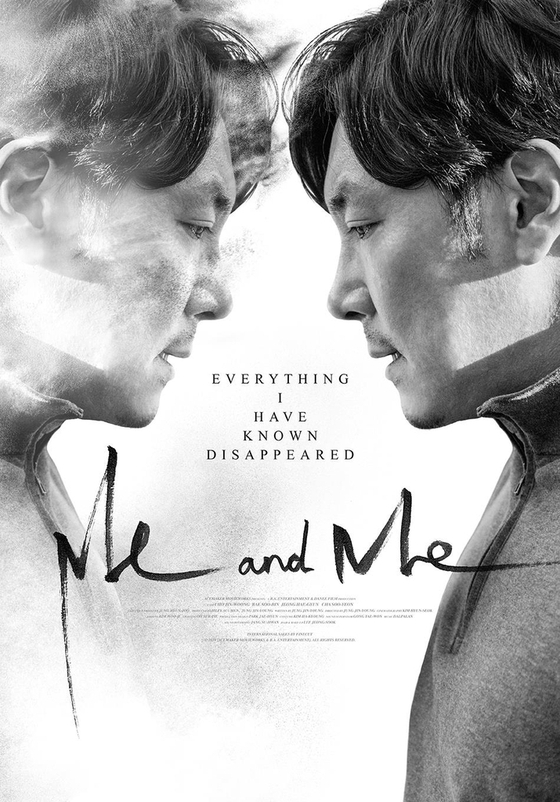 International poster for director Jung Jin-young's film "Me and Me." [ACEMAKER MOVIEWORKS]

Jung received Special Jury Mention for the New Flesh Award for Debut Films, while actor Cho Jin-woong, who took the helm of the film, received the Jury Special Mention for Cheval Noir Award for Feature Films.

“Me and Me,” for which Jung wrote the script, questions existence and identity through the tale of detective Hyung-gu, whose life is completely upturned due to a mysterious accident.

Fantasia Film Festival, based in Montreal, Canada, is one of the largest genre film festivals in North America. Annually held every July, the event was postponed due to the Covid-19 pandemic and was instead held online from Aug. 20 to Sept. 2.