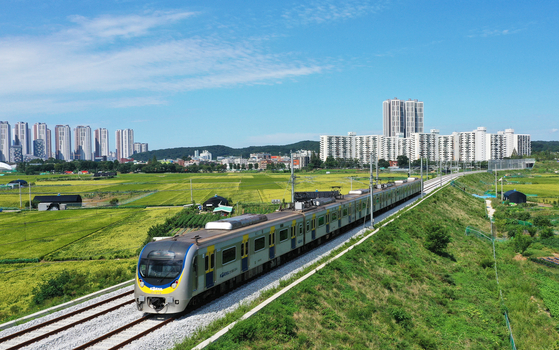 A subway train runs between Suwon Station and Ansan Station, both in Gyeonggi, on Tuesday. The 19.94-kilometer (12.4-mile) stretch of the Suin Line has not been used since the line was closed in 1995. A section between Songdo, Incheon and Oido Island in Siheung was partially opened in June 2012, while a 7.6-kilometer section between Incheon and Songdo reopened in February 2016. [YONHAP]

Group for people with disabilities continues with subway protests