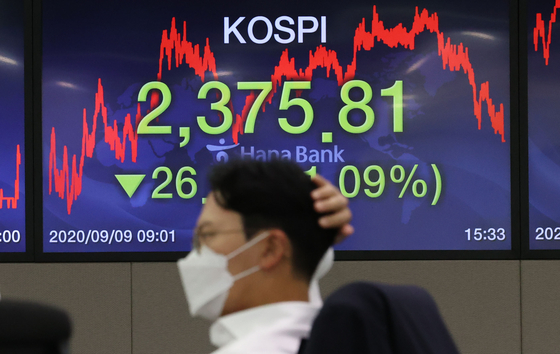 A screen shows the closing figure for the Kospi in a trading room at Hana Bank in Jung District, central Seoul, on Wednesday. [YONHAP]


Shares dipped more than 1 percent Wednesday as investors dumped market heavyweights following a plunge in the U.S. stock market. The won fell against the dollar.

In Seoul, most large caps closed lower with tech and bio stocks stung most.

LG Electronics spiked 5.13 percent to 90,200 won, after the firm announced a sales jump in electronic home appliances as more people stay and work at home.

The local currency closed at 1,189.1 won per dollar, up 2.7 won from the previous session's close.