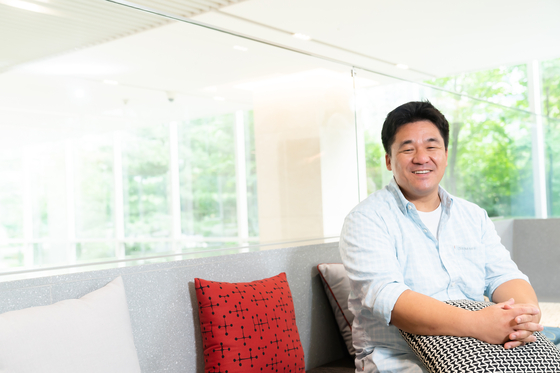 A group of celebrities settling in a rural area outside the city and cooking their meals may sound like another cliché variety show — but what if the view from the front porch changes every morning?

Starring actors Sung Dong-il, Kim Hee-won and Yeo Jin-gu, who rarely appear on entertainment shows, tvN’s variety show "House on Wheels" was special in that their house — a camper van — traversed around nine provinces in Korea to explore various parts of the country and find the best local and seasonal foods in each province.

"House on Wheels," which first aired in June, ended recently after seeing great success. The show recorded a viewer rating of 5 percent at its best, through realizing the dream of a minimalist life that modern people pursue and providing viewers stuck at home due to the ongoing Covid-19 pandemic with colorful scenery and vibrant food.

Although the show has just ended, many viewers are already wishing for season two. The Ilgan Sports sat down with the producer of the program, Kang Gung, to talk about why the program did so well and the possibility of another season.

“One day, Sung gave me a call and suggested a reality show while he was shooting a film with Kim. The two became close while shooting the upcoming film 'The Pawn' together. Feeling that it would be fun to shoot a variety show together, Sung contacted me. To complete the concept of a family living in a house on wheels, we chose Yeo, who made his debut as Sung’s son in the film 'Sad Movie' in 2005.”

Through the reality show, Kang wanted to find out whether a camper van could really become a house.

“As it has become harder than ever to buy a house, I wondered what an ‘affordable house’ could be. Is there a house that can satisfy both reality and a dream? If I let go of my greed for a house and live in a small, camper van, would it be possible to live without a mortgage and focus on other things in life?

"I chose places where I’d actually want to live, where I’d want to have my front yard, and where I’d be able to go and buy fresh seasonal ingredients just in my slippers.”

While the trio traveled from province to province, each invited their close acquaintances to spend a day with them. Wherever the house happened to be, guests came for a housewarming party.

Kang said the charm of the program lies in the warm hearts of the trio trying to provide the best accommodation for their guests.

“I think the best part of ‘House on Wheels’ lies in the minds of the trio, who worked so hard for their dear guests. Yeo struggled to set up a tarp in strong winds so that Gong Hyo-jin wouldn't be exposed to the sun on Jeju Island, and Yeo worked hard to treat singer IU to the best meal in Mungyeong in North Gyeongsang. I think viewers liked our program because they could feel the efforts and sincerity of the three. 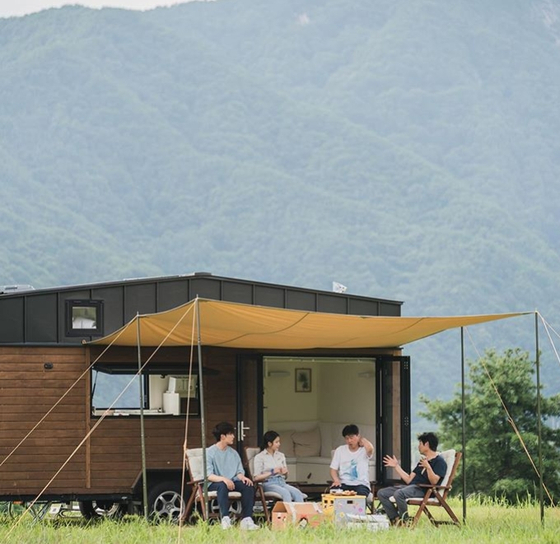 The cast with IU at Mungyeong in North Gyeongsang on the eighth episode of ’House on Wheels.“ [TVN]

“Every guest was precious in a different way. We were really lucky to have Ra Mi-ran and Lee Hye-ri as our first guests. Even amid water leaks and electricity cuts, our guests helped us accept the restrictions that come with living in a camper van. Gong Hyo-jin gave us advice on how to leave without a single trace where we stayed. Lee Sung-kyung came to see us as soon as she was invited. IU brought out Yeo's charm, while actors Uhm Tae-goo, Lee Jung-eun, Park Hyuk-kwon and Ko Chang-seok brought out the best in Kim. Singer and actor Jung Eun-ji who played Sung’s daughter in the drama series 'Reply 1997,' showed Sung’s paternal streak, and Ha Ji-won added some emotional sentiment that was lacking in 'House on Wheels.' The stories each guest shared with us were also very precious."

Uhm, who is often portrayed as an evil character in movies such as “The Age of Shadows” (2016) and “Coin Locker Girl” (2015), showed his shy and introverted personality which came as a surprise to viewers who had much different impressions about the actor.

"I knew his personality through other reality programs, but it was a wonderful experience to meet him in real-life. I think viewers are now more interested in people with various charms and personalities than people who simply talk well. And it’s the producers’ job to find these charms in each character for the viewers by editing the recordings."

Although the show just ended, Kang is positive about another season and said the weather shouldn't affect filming.

“A camper van can get very cold during the winter. But we should be able to shoot during any season because it’s supposed to be a home. There may be inconveniences, but we could overcome them."

"'House on Wheels' was loved thanks to the trio’s chemistry. The members will be the same because I can't think of anyone else who could replace them.”