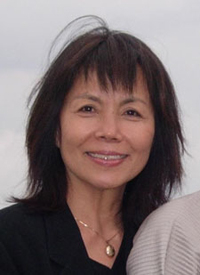 Kim Hyung-A
The author is an associate professor of Korean politics and history at the Australian National University. She is the author of the Korean Skilled Workers: Towards A Labor Aristocracy, 2020, and Korea’s Development under Park Chung Hee: Rapid Industrialization, 1961-79, 2014.


President Moon Jae-in’s impulse to rely on decrees is remaking Korea, turning it into “a country that we have never experienced before,” to use a phrase from his inauguration speech. Although his style is very different from that of U.S. President Donald Trump’s authoritarian style in his remaking of America, Moon appears to be freely exerting his official power to protect his political allies, while also claiming moral rectitude.

Moon relies on his legislative powers, especially in enacting the many policies that he and his party favor, even at the risk of unconstitutionality. His administration has issued 2,053 presidential decrees over a period of just two years and four months (from May 10, 2017, to Sept. 27, 2019). This number is twice that of the two previous governments of now jailed Park Geun-hye and Lee Myung-bak.

The more pressing issue is the frequency with which Moon and his Democratic Party have by-passed the legislative process of the National Assembly, which requires mediation and compromise. The DP’s landslide victory in general elections in April, in particular, enabled the DP to monopolize all 17 standing committee chairs of parliament, while Moon’s “imperial presidency” has become firmly embedded in his Blue House office, his administration, the courts, the ruling party and the ruling bloc as a whole.

The Democratic Party’s recent railroading of controversial housing laws and of the Senior Civil Servant Corruption Investigations Unit Act, among other legislation, without deliberation in the National Assembly, however, has outraged the Korean public. Multiple street protests have arisen against the passage of those laws. The protestors argue that these laws are not only “unconstitutional,” as they violate the property rights of individuals, but are also inherently unfair as they violate the spirit of “equal freedom without discrimination,” the most important value in the constitution.

Moon apparently said at a meeting with his senior secretaries that the housing market had “stabilized,” while Land Minister Kim Hyun-mee claimed that real estate prices during the three years of the Moon administration had risen by just 11 percent. According to the Citizens’ Coalition for Economic Justice, a leading progressive civic group, the median apartment price in Seoul has, in fact, skyrocketed by 52 percent under Moon.

Justice Minister Choo Mi-ae’s methodical reorganization of the prosecution by isolating Prosecutor General Yoon Seok-youl within the prosecution itself would perhaps be the most concrete example of Moon and his administration’s remaking of Korea within the framework of Moon’s Blue House-dominated reforms.

On succeeding her predecessor — the controversial former Justice Minister Cho Kuk — Choo has effectively stopped Yoon’s teams from investigating not only scandals around Cho Kuk but also a string of alleged abuses of power, most notably, electoral interference by 13 Blue House senior aides and other high-level officials in their efforts to get Moon’s friend, Song Cheol-ho, elected in the 2018 Ulsan mayoral election.

Choo orchestrated this highly controversial reorganization of the prosecution by replacing Yoon’s investigation teams in charge of those alleged cases of abuse of power with pro-government prosecutors, to the extent of what some prosecutors refer to as “obstruction of arraignment.”

It is ironic that just as Cho Kuk got into trouble with his daughter’s unfair admission to various schools using her parents’ social status and their personal networks, Choo is also in deep trouble with her son’s alleged failure to return to a military base after a sick leave during his military service in 2017. His leave was allegedly extended through his mother’s political influence as chairwoman of the Democratic Party. In other words, Choo, like her predecessor, represents another case of structural abuse of power by Moon’s ruling elite, which essentially deepens the division between the so-called “establishment cartel” and ordinary people.

The Moon administration is arguably the most masterful spin machine created in Korea’s contemporary political history. It is virtually leak-proof, and when it runs into politically problematic issues or critics, Moon and his ruling bloc collectively unleash their “inner authoritarians” — as The Economist has noted — with their long-held “siege mentality.”

The Moon administration is also a mastermind either in keeping silence or in suing critics for spreading “fake news,” exploiting the country’s defamation laws. The on-going sexual harassment scandals involving three powerful heads of local governments — especially “feminist” Seoul Mayor Park Won-soon — are yet further examples of how Moon and his administration and ruling party masterfully maintain their silence as a strategic tactic.

As the offspring of the Korean people’s candlelight protests against former President Park Geun-hye’s abuse of power and corruption, Moon’s remaking of Korea may genuinely be well intentioned, as he promised in his inauguration speech: “Opportunities will be equal, the process will be fair, and the results will be just.” The reality, however, is that public trust in Moon and his Democratic Party is rapidly eroding and a sense of betrayal is spreading fast across the country, ringing alarms that they desperately need to reform their mode of governing leadership with a focus on dialogue and compromise.