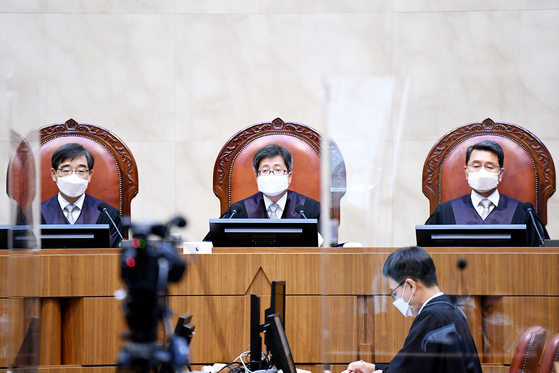 I belong to the “Jeongyojo generation.” When the Korean Teachers and Education Workers’ Union (Ktewu) was organized in 1989, my high school foundation reassigned several teachers to another affiliated school for “illegally joining the union.” One of them was my homeroom teacher.

Students refused classes and staged a protest, sitting in front of the main gate. We copied the democratization movement seen on television and shouted out slogans. We were young, but remained reserved, knowing that if we crossed the legal line, it could lead to greater harm to the teachers. Of course, the high school students had no concept of registering for an assembly, so the protest itself was likely to be illegal. Nevertheless, the group action was not enough to stop teachers’ exiles.

My school was actually in better shape. Countless others lost their jobs and could not teach anymore. They left me with a deep impression having sacrificed themselves for true education during the authoritarian military regimes. The teachers’ union was a refreshing shock for advocating reform with ethical superiority when the education field had been stalled for long. I applauded the victory when the union earned legal status in 1999 after 10 years of struggle.

However, as time passes, perspectives on the union diversified. It has long lost the moral superiority and became a virtual political organization due to excessive political inclination, and opponents criticized that students and parents are appalled by the union’s excessive ideological education. So, there were few voices of sympathy and anger when the union lost “legal” status during the Park Geun-hye administration.

The Ktewu, which has been forgotten for the past seven years, has returned with the decision to cancel the notice that the union was out of the legal boundary. As a parent, I have mixed feelings to face the union. It’s true that I fear they would prioritize politics over students.

The union advocated “national, democratic and human education,” and some of the values have been attained and others are out of fashion. As the union returns, what will be its reason for existence? The founding declaration 31 years ago states, “What we fear is not their threats and oppression but the innocent smiles and bright eyes of the students who follow the teachers.” As in many cases, the answer can be found from the original intention.