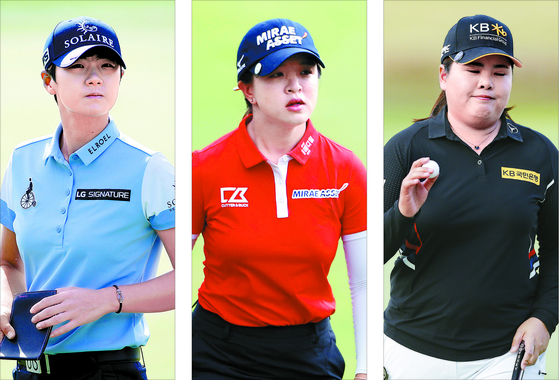 
The long awaited ANA Inspiration, the second major tournament on the LPGA Tour, will finally tee off at Mission Hills Country Club in Rancho Mirage, California, on Thursday.

Although the LPGA Tour re-started their season a little over a month ago, this week’s major will still be missing a number of top Korean golfers, including current world No. 1 Ko Jin-young. Ko, along with 2019 rookie of the year Lee Jeong-eun and world No. 10 Kim Hyo-joo, among others, is expected to stay in Korea and play on the KLPGA Tour for the rest of the season.

Ko’s absence is doubly disappointing as she is both world No. 1 and the defending champion.

“Choosing to skip this year’s ANA was one of the most difficult decisions of my entire life,” Ko was quoted as saying on the LPGA Tour website. “Although I sadly will not be able to participate this year, I am encouraged by the successful tour restart and all the positive steps the LPGA is taking to make it as safe as possible.”

With the absence of Ko, world No. 4 Park Sung-hyun will enter this week’s major as the highest ranked Korean golfer. Park will be playing her very first LPGA Tour event this year. Park’s most recent appearance on the LPGA Tour was back at the CME Group Tour Championship in November 2019, where she withdrew on the final round.

During her absence on the LPGA Tour, Park competed in only one KLPGA Tour event, at the 42nd KLPGA Championship. Park didn’t live up to expectations and missed the cut, finishing the tournament at a shocking 118th.

Along with her poor performance in Korea, it has been a while since Park has picked up a trophy anywhere in the world.

Since her victory at the Walmart NW Arkansas Championship in June 2019, Park hasn’t won anything. As she also didn’t compete in that many tournaments, she slipped down to fourth despite finishing 2017, 2018 and 2019 as world No. 2.

Park will play her first round along with Nasa Hataoka of Japan, starting at 1:18 p.m. on Thursday or at 5:18 a.m. on Friday morning in Korea.

During the time, Kim competed in five KLPGA Tour events and managed to record top-five finishes in four of the tournaments. After about two months playing in Korea, Kim was one of the first Korean golfers to head back to the United States in August.

Along with the two, former world No. 1 and hall of famer Park In-bee will continue her season on the LPGA Tour. Having competed at the AIG Women’s Open, this will be Park's second major of the season.

Rather than heading to the United States, Park went straight from Korea to Britain. At the AIG Women’s Open, Park finished fourth, six shots behind the winner Sophia Popov of Germany. The ANA Inspiration will be Park's second tournament in the United States this season, after the Walmart NW Arkansas Championship at the end of August.


Park will play her first round with Brittany Lincicome of the United States, starting from the 10th hole at 8 a.m., or midnight in Korea.

A total of 12 Korean golfers will be competing at the ANA Inspiration this week.