Politics leads in this crisis as central bank out of ammo

Politics leads in this crisis as central bank out of ammo 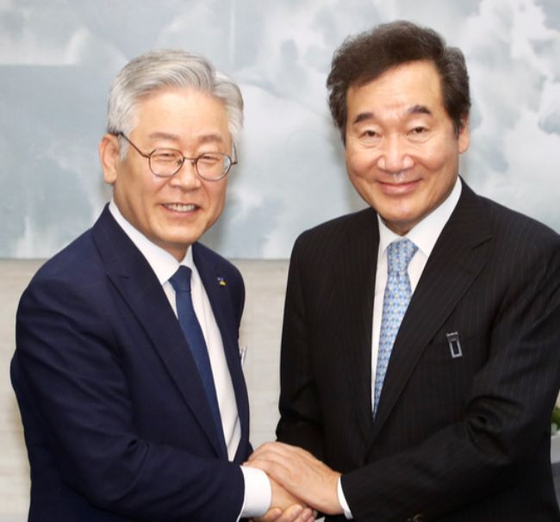 Gyeonggi Gov. Lee Jae-myung on the left and ruling party leader Lee Nak-yon. The two politicians disagreed over the distribution of the second round of emergency relief grants. [YONHAP]


The approach to the current economic crisis differs greatly from the approaches to earlier crises. Because the economic environment has changed so much since 1997 and 2008, and due to the limits of past solutions, politicians are taking the lead rather than bureaucrats or central bankers.

In March, South Gyeongsang Gov. Kim Kyoung-soo proposed a basic income. Soon thereafter, Gyeonggi Gov. Lee Jae-myung argued over emergency relief funds with then-Seoul Mayor Park Won-soon. Ahead of the second round of emergency relief grants, sparks are flying between the prospective presidential candidates. Democratic Party Chairman Lee Nak-yon said he believes in selective disbursement, while the governor of Gyeonggi objects to limits on the program.

In 2008, politics were secondary. All eyes were on the central bank governor and the interests rates he controlled. The politicians and bureaucrats were relegated to the sidelines, as the central bank has a high degree of independence. It was the same in the United States, where the Federal Reserve took the lead.

A country has essentially two primary tools for fighting an economic downturn: interest rates and government spending. In 2008, Korea had plenty of room to maneuver. The base rate was 5.25 percent, and it was taken down five times between October 2008 and February 2009 to 2 percent.

When the coronavirus outbreak started, the base rate in Korea was 1.25 percent, and the central bank lowered it twice to 0.5 percent. In May, central bank Gov. Lee Ju-yeol said the base rate was close to the lower limit, suggesting that more cuts are not possible and are being contemplated. Federal Reserve governors have made comments that suggest much the same in the United States. 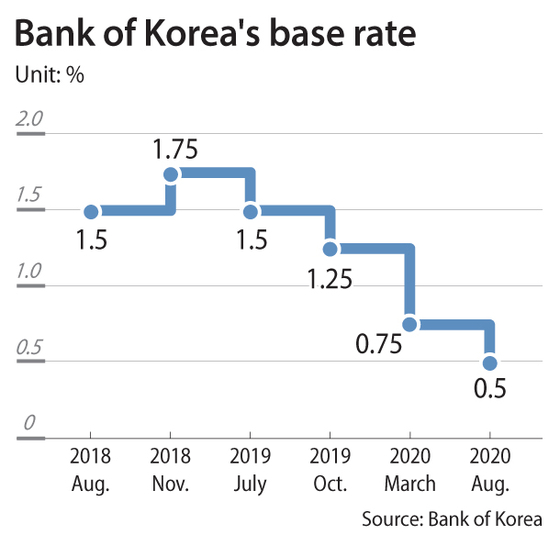 "The traditional methods of response to a financial crisis have run their course, and it has been proven that they are not enough, expanding the role of fiscal policy worldwide," Ha Joon-kyung, an economics professor at Hanyang University, told the JoongAng Ilbo.

"Unlike during the global financial crisis, the coronavirus pandemic posed a threat to the real economy, amplifying the importance of fiscal policy," said Hong Chun-uk, chief economist at EAR Research.

Government spending is a political decision. For example, for the supplementary budget to take effect, the government must first develop a plan, and the National Assembly must then approve it.

"The voices of politicians get louder with the heightened importance of fiscal policy. Because politicians will think of their political positions while recommending policies, it is inevitable that government spending measures collide with political interests,” said Ha.

Wariness surrounding populism has been emerging, as the heart of the stimulus plan shifted from monetary to fiscal policy.

"Financial crisis is often the gateway to populism. There can be decisions on government spending based on political motives," said Hong.

"It is hard to make a definitive conclusion that the advance of populism is due to the expansion in fiscal policy, but it is true that during times of crisis, politicians are more assertive with their populist ambitions," said Sung Tae-yoon, economics professor at Yonsei University.