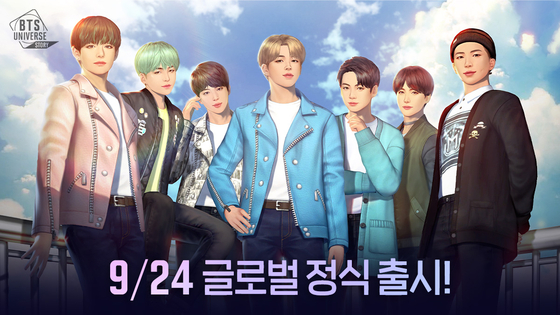 
Game publisher Netmarble will officially release the new BTS Universe Story game on Sept. 24, the company said on Thursday. The new game is a social game that allows the users to participate in making the story of the game by themselves or at least get involved in it, and different outcomes arise as a result of different choices. Every user will get to produce their very own BTS stories and share it with other users, and the game also offers customizing functions to dress and style each member of BTS. A prerelease event is taking place on the official website where users can get a sneak peek at the game until Sept. 17. Netmarble will reveal other related videos and content ahead of the official release date. [NETMARBLE]