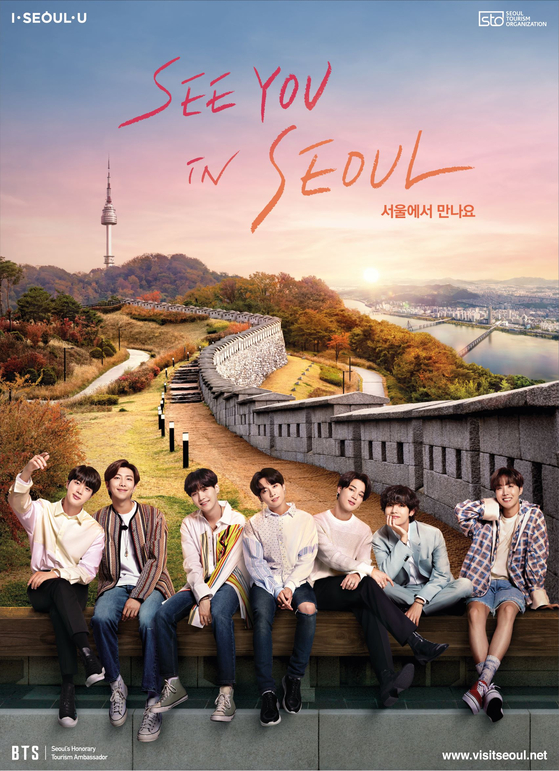 Global phenomenon BTS will be featured in a promotional video of Seoul that’s scheduled to be released online Friday at 5 p.m.

The Seoul Metropolitan Government dropped the news in a Thursday press release, saying all seven members will be shown in the video introducing various tourist attractions of the Korean capital.

The clip, which is one minute and 50 seconds long, will be simultaneously uploaded on the official YouTube (www.youtube.com/visitseoul), Facebook (www.facebook.com/VisitSeoul/) and Instagram (www.instagram.com/visitseoul_official/) accounts of the Seoul Tourism Organization, the city said.

The Seoul city government continued in the release that the video, themed “See You in Seoul,” was designed to convey a hopeful message to all foreigners who can’t visit Seoul this year due to the coronavirus pandemic, and wish Seoul will be their first travel destination once international tourism resumes.

Seven teaser videos led by each member have been gradually revealed since Sept. 4 via the Seoul Tourism Organization’s YouTube, Facebook and Instagram accounts, which altogether have amassed over 24.7 million views and 23,000 comments so far, the city government said.

BTS has annually appeared in Seoul’s promotional videos since 2017, when the stars were tapped as the Korean capital’s honorary tourism ambassadors. 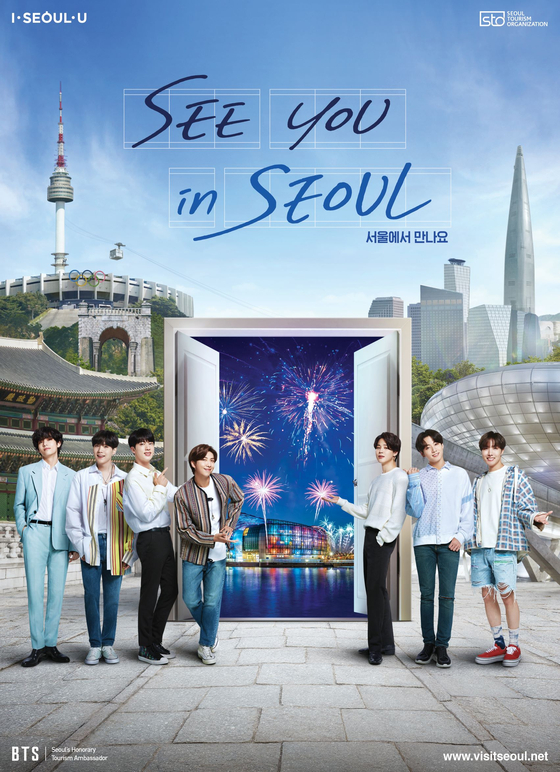 A Seoul Metropolitan Government official said Thursday that the singers have shown “a strong will” to keep serving as Seoul tourism ambassadors “even after they’ve become global stars,” which is how the city government was able to collaborate with BTS this year as well.

“We hope people who miss Seoul think of the video as our big gift, and we hope worldwide Hallyu [Korean Wave] fans who feel exhausted by the Covid-19 [pandemic] feel hope and comfort” after watching it, Joo said.

“Everything’s at a halt right now, but when the Covid-19 [pandemic] ebbs and people start to travel again, we hope people around the world would visit Seoul first.”