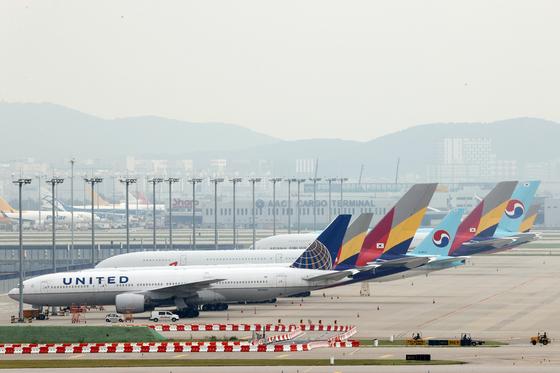 
Hyundai Development Company’s (HDC) deal with Kumho Industrial to acquire its stake in Asiana Airlines was officially scrapped on Friday, nine months after the two parties signed an agreement in December.


Kumho Industrial notified HDC of the termination of the acquisition deal on Friday after HDC continuously delayed closing the deal and demanded further due diligence of the airline.

“The merger and acquisition deal with the HDC-Mirae Asset Daewoo consortium has been scrapped,” wrote Asiana Airlines President Han Chang-soo in an online message to employees. “Amid HDC’s continuous delay [to close the deal], the decision was inevitable to preserve the [airline’s] value as a corporation.

“For around a year and five months since April last year, [Asiana Airlines] has injected efforts to accomplish the merger and acquisition deal, and [I] feel sorry that the deal didn’t go through.”

In December, the HDC-led consortium agreed to acquire a 30.77 percent stake in Asiana Airlines from Kumho Industrial, as well as new shares to be issued, and Asiana’s six affiliates, for 2.5 trillion won.

Following the termination of the deal, Asiana Airlines will be managed by its creditors: KDB and the Export-Import Bank of Korea (Eximbank). The creditors acquired the airline’s convertible perpetual bonds worth 800 billion won. If they convert the bonds into stocks, the creditors will own around 37 percent of the airline’s shares to become its largest shareholder.

The creditors plan to sell Asiana Airlines once the market condition improves.

The termination of the deal will likely result in employee layoff, especially as the recovery of the airline industry is taking longer than expected due to the ongoing pandemic.

The total number of employees, including of subsidiaries like Air Seoul and Air Busan, is 4,700 people.

Selling Asiana and its subsidiaries separately could be a solution to improve its struggles.

“Asiana Airlines has six subsidiaries, and some of them are sellable if they go out in the market separately,” said Prof. Hur Hee-young, who teaches business at Korea Aerospace University. “The size of Asiana Airlines needs to be reduced for it to become more attractive, or finding another buyer won’t be possible.

“It needs to be clear that Asiana Airlines, like Easter Jet, already suffered financially before the Covid-19 outbreak due to repeated decision-making errors, and its current financial struggles aren’t fully attributed to the virus.”

According to an Asiana employee, workers fear layoffs and have already begun preparing for the consequence of the deal falling apart.

Following the Friday announcement, HDC is likely to file a lawsuit to reclaim its 250-billion-won down payment.