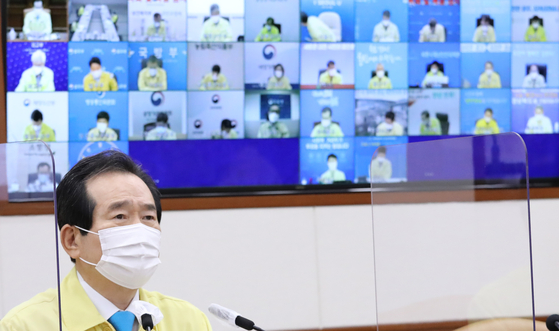 That means people in the greater Seoul area will once again be allowed to eat and drink in restaurants and coffee shops past 9 p.m., work out at fitness centers and study at hagwon (private cram schools).

But like the rest of the country, Seoul, Incheon and Gyeonggi will remain subject to Level 2 measures in the three-tier social distancing system — and for a longer period of time.

Health authorities said the Level 2 measures for the greater Seoul area, also called the Seoul metropolitan area, will tentatively stay in place for two weeks from Sunday midnight to midnight on Sept. 27. The rest of the country will tentatively fall under Level 2 measures through Sept. 20 midnight, after which health officials will decide on the level based on progress made in controlling the outbreak.

Korea’s daily coronavirus cases have hovered between 100 and 200 over the past 11 days, hitting 176 on Thursday, 136 on Friday and 121 on Saturday, according to data from the Korea Disease Control and Prevention Agency (KDCA).

While the Seoul metropolitan area will be allowed to enjoy relaxed social distancing measures over the next two weeks, health authorities warned Sunday that the entire nation may fall under stricter measures for two weeks starting Sept. 28 in time for the Chuseok holidays, though specific measures have yet to be determined.

Details for a so-called Special Prevention Period will be discussed as health authorities monitor the overall crisis situation, Minister of Health and Welfare Park Neung-hoo said in a Sunday press briefing.

Daily new cases of the virus haven’t dropped as low as authorities would like — which is below 100 — but Prime Minister Chung Sye-kyun said Sunday that the central government decided to lift the Level 2.5 measures nonetheless because, among other reasons, “social fatigue” over the restrictions had been too high.

But that doesn’t mean Level 2 will look exactly the same in the greater Seoul area as before Aug. 23, when the Level 2.5 measures first went into effect.

Cafes, bakeries, ice cream and bingsu (shaved ice) stores that are chain businesses, where people tend to stay for longer periods, have to space out their customers by making them sit diagonally across from each other at tables, or by keeping every other table empty at all times. All customers must wear a face mask except when they're eating or drinking. 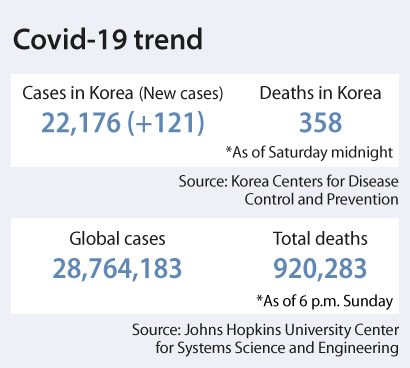 Churches will also not be allowed to hold in-person activities.

These guidelines come on top of Level 2 measures, which affect the entire country. Any private or indoor gatherings involving 50 people or more, or outdoor meetings involving 100 people or more, are banned. Eleven types of “high-risk” businesses are closed, including clubs, bars that involve dancing or table-hopping, door-to-door sales businesses, buffets and noraebang (singing rooms). Public institutions such as museums and libraries are closed.

Though internet cafes are considered a high-risk business, central health authorities said they would be allowed to reopen nationwide, albeit with some new restrictions: minors aren’t allowed, eating is prohibited and customers must space out.

The latest measures were relayed as the KDCA announced 121 new infections of the coronavirus Saturday, 99 of which were local infections, including 30 in Seoul, 27 in Gyeonggi, 14 in Daegu, nine in South Chungcheong, four in Ulsan, three each in Busan and Incheon, two each in Gwangju, Daejeon, North Gyeongsang, South Gyeongsang and one in Gangwon.

Out of 22 cases that were imported, seven were from Uzbekistan, four from India, three from the Philippines, two from Peru and one each from Kazakhstan, Russia, Japan, the United Arab Emirates (UAE), Hungary and Brazil.

As of Saturday at midnight, Korea had counted 22,176 coronavirus patients in all.