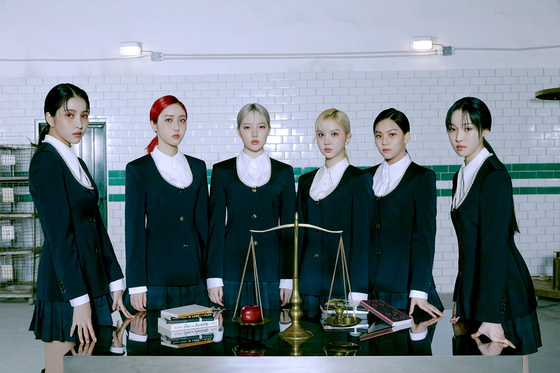 
Girl group GFriend will release two digital singles in a row next month in Japan, its agency Source Music said on Monday.

According to the agency, GFriend's Japanese digital singles "Labyrinth - Crossroads" and "Song of the Sirens - Apple" will drop on Oct. 14 and Oct. 21, respectively.

This will be the band's first new Japanese release in a year since its first Japanese full-length album "Fallin' Light" was released in November.

GFriend officially made its Japanese debut in 2018 after signing a contract with Japanese record publisher King Records and has since released three singles and a full-length album.