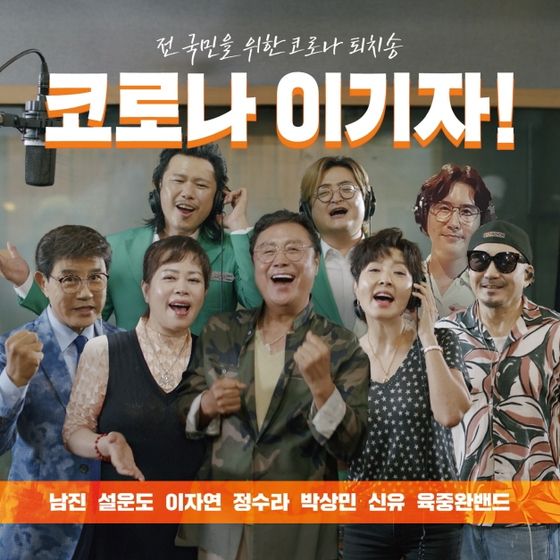 The physical copy of the single was released on Monday, and the digital version of the song will be available later this week. The music video for the song was uploaded on the association’s official YouTube channel on Sept. 11.

"Let's fight Covid-19" is a powerful and cheerful song that sends out a message to comply with quarantine rules such as wearing masks, washing hands frequently and maintaining social distance.

According to the association, Prime Minister Chung Sye-kyun visited the association’s office on Sunday and said, "The song will lighten up the mood for those who are tired of Covid-19.”

"I hope that our song can serve as energy to gain strength and courage for many people who are having hard times due to the Covid-19 crisis,” Nam Jin, who served as the first president of the Korea Singers Association in 2006, said.