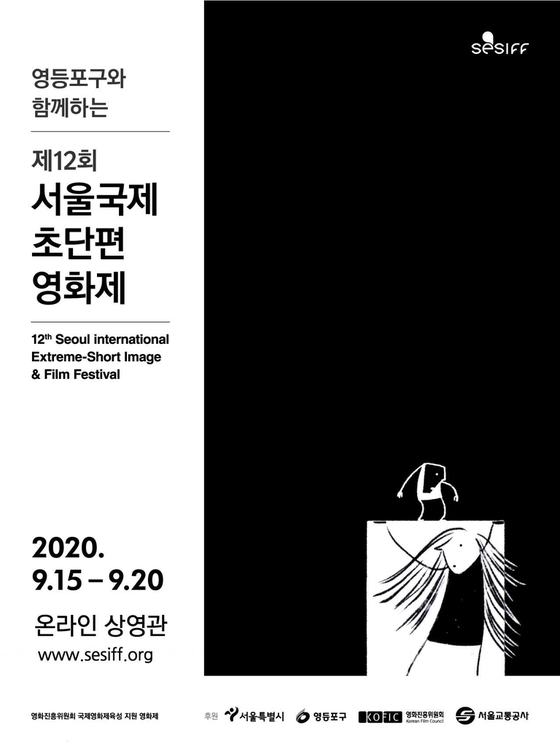 
The 12th Seoul International Extreme-Short Image & Film Festival is to be held online from Sept. 15 to 20 under the slogan “Anyone, Anytime, Anywhere.”

The theme encapsulates the idea that anyone can make their own video at any time and at any place. Due to the Covid-19 pandemic, all offline events, including the opening and closing ceremonies and panel discussions, have been moved online. According to the online screening schedule listed on the website, the audience can view the films for free for the next 24 hours via Zoom.

Short films range from 90 seconds to 15 minutes, and 511 short films were selected to be screened out of 2,700 entries from 78 countries.

Both opening and closing ceremonies are to be held at 7 p.m. on Sept. 15 and 20. In the latter, 16 films from five competition categories will be awarded. Out the 16, five will be screened during the ceremony.