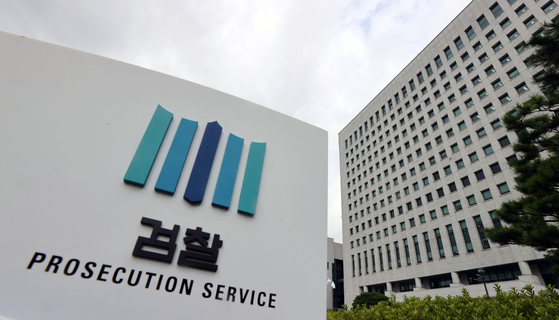 Prosecutors Monday said they indicted a Seoul government official on charges of raping his colleague, the same victim who rocked the nation in July with claims she was sexually harassed by the late Seoul Mayor Park Won-soon. [YONHAP]

Prosecutors have indicted a Seoul government official on charges of raping a coworker in April, the same victim who claimed three months later she was sexually harassed by the late Seoul Mayor Park Won-soon.

The Seoul Central District Prosecutors’ Office said the suspect was indicted last Thursday without physical detention on allegations of “quasi-rape” and inflicting physical harm during the process.

Korea’s criminal code defines quasi-rape as the act of having sexual intercourse with another person by taking advantage of his or her condition of unconsciousness or inability to resist. In this case, the victim claims she was inebriated. A conviction carries a minimum sentence of three years in prison.

Seoul prosecutors said Monday they were revealing the fact that the suspect was indicted last week after being inundated with phone calls from reporters asking about a bombshell interview with the victim’s lawyer published by a local magazine on Friday.

Kim Jae-ryon, the lawyer, told The Hankyoreh21 that her client, who previously came forward with claims she was sexually harassed by Park, was also raped by another city official in April, and blamed the Seoul Metropolitan Government for failing to protect her.

Though prosecutors said they indicted the suspect a day before the article ran online, Kim told the JoongAng Ilbo Monday she still thinks prosecutors sat on the case, saying it wasn’t until The Hankyoreh21 journalist called them on Thursday that they filed the indictment.

Kim told the JoongAng Ilbo that prosecutors had told her the suspect would be indicted in July.

Prosecutors denied those claims, saying the alleged rape case was referred by police in June and that the suspect was not physically detained and adamantly refuted the allegations, slowing the investigation.

After receiving the case from police, prosecutors said they pressed an additional charge against the suspect of inflicting physical harm on the victim.

In a series of interviews with local media last weekend, Kim claimed the Seoul government office ignored the victim’s call for stern punishment for the alleged rapist, saying it was only after the victim leaked the case to a local news outlet in late April that the suspect was suspended from his post.

The city confirmed that he was suspended after police launched their investigation into the allegations, and that he remains a government employee.

Kim said she and the secretary decided to speak out publicly about the rape allegation to draw attention to the city government’s “structural problem” in dealing with sexual abuse cases.

The latest allegations come just two months after the Seoul government lost its longest-serving mayor. Park, who served as the Korean capital’s top official since 2011, took his own life on July 9, a day after the secretary filed a sexual harassment complaint against him with the Seoul police.

seoul me too park won-soon