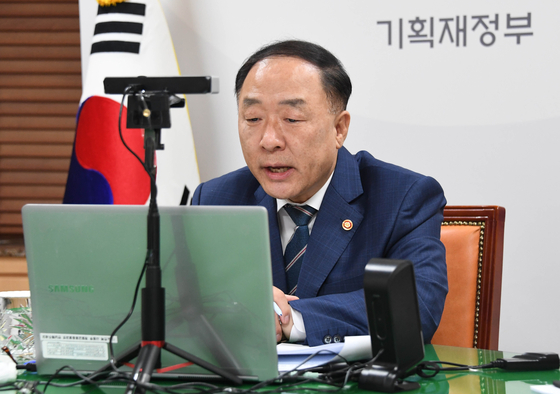 
The Asian Development Bank (ADB) forecast the Korean economy to contract 1.0 percent in 2020, and that's good news considering that the estimate is unchanged from June.

Korea is one of the few Asian economies for which the outlook from the ADB is the same in its Asia Development Outlook 2020 Update, which was released Tuesday, as it was in the earlier report.

Domestic think tanks and institutions are more negative than the Manila-based multilateral.

State-financed Korea Development Institute (KDI) is looking for a 1.1 percent decline, down from an earlier projection of minus 0.2 percent. The Bank of Korea earlier changed its outlook from a 0.2 percent drop to 1.3 percent decline.

ADB noted the fall in trade due to the pandemic.

"World trade declined sharply in the first half of 2020 in tandem with the collapse in global economic activity and the introduction of extension restrictions on travel and transport,” it noted. “Global trade was down by close to 20 percent year-on-year in April and May. The collapse was even bigger for trade in the major advanced economies as their aggregate exports fell by 27 percent year-on-year in April.”

While the ADB kept this year’s outlook for Korea unchanged, it did lower its forecast on next year.

The bank expects 3.3 percent growth for Korea in 2021. That’s a 0.2 percentage-point drop from June’s projection of 3.5 percent.

Korean lawmakers are currently reviewing the fourth supplementary budget, and the ADB noted that it would provide stimulus.

Noting the third supplementary budget at $29 million approved in July, a month after its last forecast, the ADB said the stimulus totaling $230 million would contribute boosting the domestic market.

It report noted that "a prolonged pandemic — either an extended first wave in some economies or recurrent waves in others — is the main risk to the outlook, as it would require protracted caution and containment measures, with consequent disruption to both supply and demand.”

It said the "protracted weakness" could trigger debt or a financial vulnerability crisis, while tension between the two major economic powers — the United States and China — is another factor that could negative impact growth.

U.S. sanctions against the Chinese tech company Huawei have been in place since Tuesday.

The ADB projected the economies of 45 Asian member states would contract 0.7 percent this year, a drop from negative 0.1 percent growth projected in June.

For next year, the Asian economies are expected to grow 6.8 percent, faster than ADB's last projection of 6.2 percent.

On Monday Korean Finance Minister Hong Nam-ki held a video conference with ADB President Masatsugu Asakawa about Covid-19 cooperation as well as the possibility of opening an ADB office in Korea.