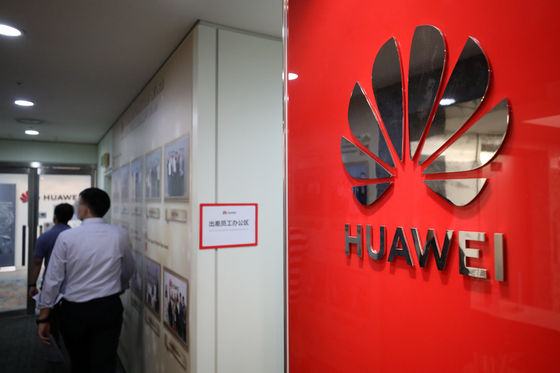 Strengthened sanctions by the United States on Huawei took effect Tuesday. Foreign semiconductor manufacturers are now banned from selling products to Huawei that are based on U.S. machinery or technology. [NEWS1]


A new set of U.S. sanctions on Huawei went into effect Tuesday, which restricts foreign semiconductor companies from selling chips that use U.S. technology to the company. Korean technology firms are expected to suffer in the short term, but will likely benefit later.

The new sanctions were announced in August. Foreign chip makers need to obtain a license from the U.S. Department of Commerce to sell chips to the Shenzhen-based technology firm.

Last year, Huawei bought 13 trillion won ($11 billion) worth of products manufactured in Korea, many of them chips. The cumulative amount over the past five years is close to 40 trillion won.

In the long term, however, Korean firms are likely to benefit from the overall squeeze on Huawei. If Huawei is forced out of the smartphone market, Samsung Electronics and LG Electronics will get some of its market share. Samsung has recently started targeting the telecommunications market, which Huawei dominates with its 5G gear and network technology.

The prospect of Samsung getting an increased share of the smartphone market was reflected in the 11.85 percent increase in its stock price, which rose to 60,000 won for the first time in seven months on Sept. 14.

The violation of U.S. sanctions can be costly to any company, even if by mistake. According to the U.S. Department of Commerce, a sanctions violation can be punished with jail time up to 20 years and a fine of $1 million — plus the value of the transaction multiplied by two.

Becoming a target of the United States is one of the most dangerous things to happen to a company. Chinese telecommunications company ZTE is close to bankruptcy after being accused of violating U.S. sanctions on Iran, and ultimately pleading guilty in March 2017. The U.S. Department of Commerce imposed a ban in April 2018 on U.S. companies selling equipment to the Chinese telecom giant. The sanctions were lifted in July 2018.

“Companies should temporarily stop exports or re-exports if they cannot determine whether or not they are violating the sanctions,” warned Rhee Soo-mi, a partner at U.S. law firm Arnold & Porter.

Industry analysts say Huawei will attempt to weather the crisis — at least until its current inventory of essential smartphone parts runs out. Huawei developed its own smartphone operating system, Hongmeng, instead of relying on Google's Android. However, it is virtually impossible for the company to produce smartphones and other telecom devices without semiconductors and displays based on U.S. technology.

According to the Financial Times, Huawei has basically been given a death sentence.

China has yet to announce its response to the U.S. sanctions on Huawei. Analysts say that the Xi Jinping administration is hesitant to fight back and escalate the trade war with the United States. But Beijing is trying to sway public opinion through state-run media.

“Even if the hawkish population in the U.S. attempts to sever the economic and trade ties between U.S. and China, they cannot eliminate the deep-rooted interdependence between both nations,” read a column published Sept. 10 in the Global Times, an English-language newspaper under the state-run People’s Daily. A column published on Sept. 5 warned that China could sell all the U.S. government bonds it possesses.