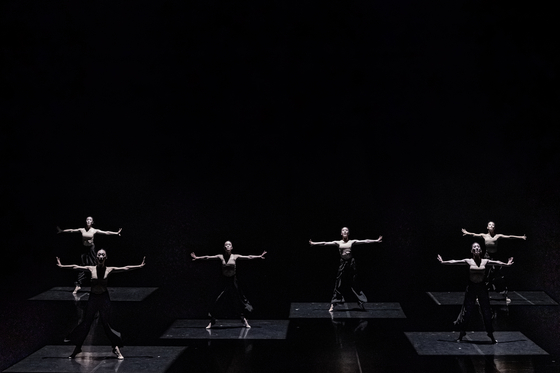 "Into the Pulse," choreographed by Kang Hyo-hyung of the Korean National Ballet. [KOREAN NATIONAL BALLET]


The Korean National Ballet's choreographer and soloist Kang Hyo-hyung's work "Into the Pulse" has been selected to be included in the line-up of an online project by Benois de la Danse, known as the Oscars of the dance world.

It is the first choreography Kang created in 2016 and was staged at the Next Generation event by the Stuttgart Ballet the following year.

The online project kicked off in July to showcase about 25 choreographed works. Kang's "Into the Pulse" will be played at 7 p.m. on Friday in Moscow, which is Saturday 1 a.m. in Korea, through Benois de la Danse's official YouTube channel, as well as the Korean National Ballet's.

However, this year's event was canceled due to the Covid-19 pandemic. Instead the event was replaced by an online project that streamed gala performances at the Bolshoi Theatre of Russia from 2015 to 2019.