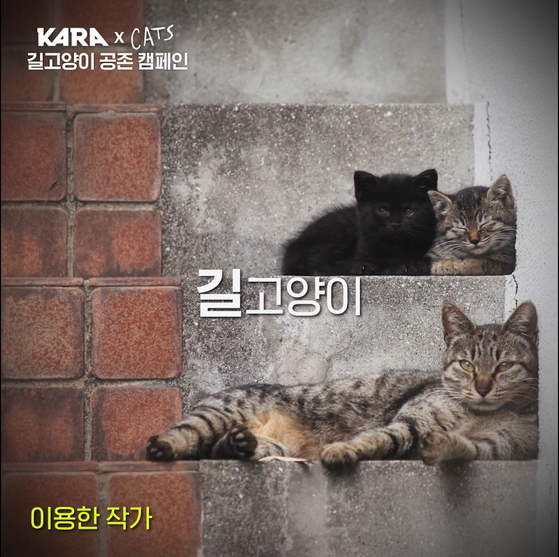 
“Cats” is back in Korea to celebrate its 40th anniversary.

And this time, they're not only here to show off their feline ways, but also to do good for the other cats, especially those living on the streets.

Together with KARA, a non-profit animal rights group, the production team of “Cats” decided to launch an online campaign, which attempts to shed light on stray cats by producing video clips that feature the animals and photos taken by photographer Lee Yong-han.

Titled “Love on the Streets,” the campaign aims to show that “Stray cats are also our lovable neighbors that deserve to be loved and respected. With a little more attention, we can coexist harmoniously.”

The videos and photographs can be viewed via the musical’s official Instagram account (@musicofthenightkr) and KARA’s (@animal_kara).

A special anniversary poster featuring the "Jellicle cats" has also been created and is being sold through cat accessory shops Popart in Mapo District and Allergy in Yongsan District for 12,000 won ($10). All proceeds made by the poster will be donated to KARA to be used for the stray cats here, mostly for “rescuing cats exposed to danger, and providing food,” according to the musical's production company S&CO. 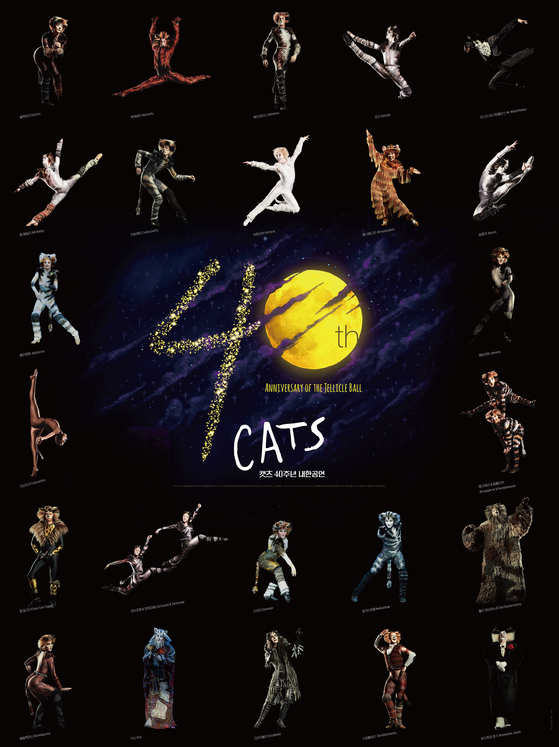 
Composed by the legendary Andrew Lloyd Webber based on T.S. Elliot’s 1939 poetry collection titled “Old Possum’s Book of Practical Cats,” the musical tells the story of a tribe of cats known as the Jellicles.

This world tour version of “Cats” last visited Korea four years ago, staging sell-out shows for about two months. Despite the coronavirus pandemic, the musical managed to arrive in Seoul and open at the Charlotte Theater in southern Seoul on Sept. 9. To abide by the social distancing guidelines, S&CO is only selling seats for half the theater so that audience members can sit with space between them.

For the role of Grizabella, who sings the famous song “Memory,” Joanna Ampil has been cast, while the mischievous Rum Tum Tugger role has been taken by Dan Partridge. The musical runs through Nov. 8. It starts at 8 p.m. on weekdays and at 2 p.m. and 7 p.m. on weekends and public holidays. There are no shows on Mondays. Tickets range from 60,000 won to 160,000 won.