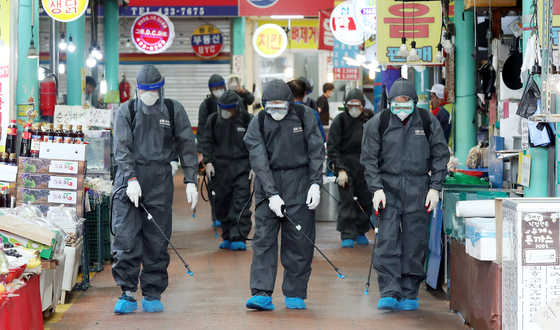 Health authorities vowed Tuesday to get vaccines for 60 percent of Korea’s population as a first step to building up national immunity against Covid-19.

The vaccine plan was discussed in a cabinet meeting presided over by Prime Minister Chung Sye-kyun, officials at the Ministry of Health and Welfare said in a follow-up press briefing.

No proven vaccine has been developed yet. Exactly who will fall among the 60 percent, or 30 million people, to be vaccinated first was not revealed. Im In-taek, director of health industry policy at the Health Ministry, said authorities would discuss that issue with experts in the following weeks.

According to a draft of the plan announced by the Health Ministry on Tuesday, the government plans to secure 20 million doses for 10 million people through Covax Facility, a global Covid-19 vaccine allocation plan co-led by the GAVI vaccine alliance and the World Health Organization (WHO). The assumption is that two doses of the vaccine will be needed for each individual.

Simultaneously, the Korean government will try to get 40 million doses for 20 million people through global pharmaceutical companies who have successfully developed a vaccine.

All together, 60 million doses for 30 million people — about 60 percent of Korea’s total population — is supposed to be secured in the first step.

In the second step, the Korean government will gradually work towards sourcing more vaccines for the rest of the population while monitoring progress made in vaccine development among domestic labs. Domestic supplies could at some point become possible. 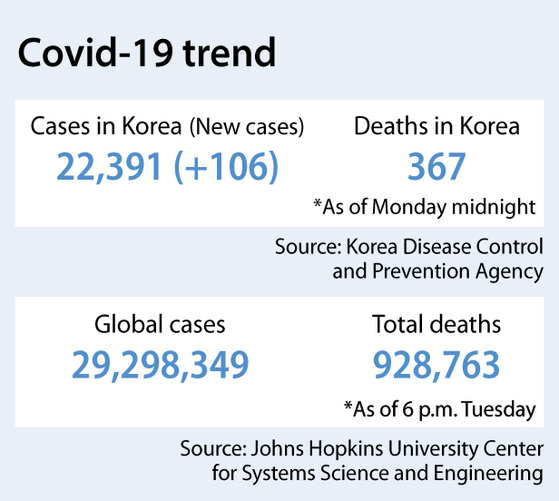 As to why the Korean government was trying to immunize 60 percent of the population, Im explained it all came down to herd immunity — the point at which a disease has trouble spreading because a sufficient percentage of the population has become immune.

“We need 60 to 70 percent of the national population [to be immune] in order to build herd immunity, which means we need to meet that minimum threshold for the general public to feel at ease,” Im said.

The Health Ministry said the Korean government sent a formal document to GAVI on Aug. 31 expressing its intent on joining the Covax Facility, and that the government was planning to follow that up with another legally binding document finalizing its participation by no later than Friday.

The ministry said member countries are required to pay about $3.50 per dose in prepayment charges toward the global initiative, which is why the government has set aside 172.3 billion won and plans to complete the transaction by no later than Oct. 9.

The ministry also said it was considering financial support for developing countries trying to secure vaccines.

Korea’s joining of the global race to get its hands on vaccine supplies comes as the nation added 106 new cases of the coronavirus Monday, down from 109 the previous day.

Out of 15 imported cases, six were from the United States, two each from Russia and Mexico, and one each from the Philippines, Indonesia, Kuwait, Poland and Turkey.

As of Monday at midnight, Korea had counted 22,391 coronavirus patients in all.

With the so-called Level 2.5 social distancing measures lifted for Seoul, Incheon and Gyeonggi — together called greater Seoul or the Seoul metropolitan area — the Education Ministry announced Tuesday that schools in the region will reopen next Monday for the first time in 26 days, albeit with restrictions.

Through Oct. 11, kindergartens, elementary and middle schools will be required to run up to a third of their full capacities, while high schools will run up to two-thirds.

Schools outside the Seoul metropolitan area will have to follow the same guidelines from Monday to Oct. 11.