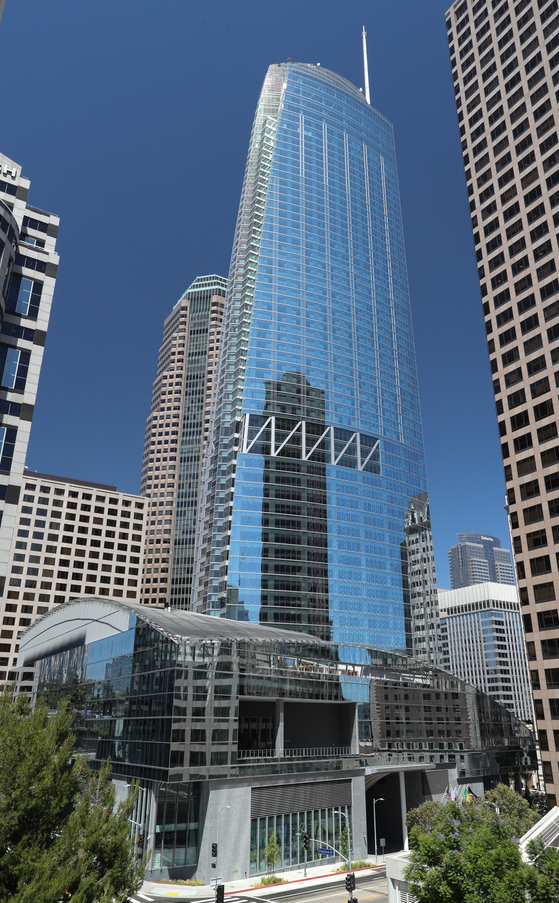 
Korean Air Lines is lending $950 million to a wholly-owned real estate subsidiary in the United States.

The company's board of directors voted Thursday to make the loan to Hanjin International, which owns the 73-story Wilshire Grand Center (WGC) in Los Angeles.

Earlier this year, Hanjin International was downgraded by Moody's and S&P due to weak cash flow and a single source of revenue, though Moody's noted later in the year that the parent's support of the debt was a positive.

Of the $950 million, $900 million will go toward servicing the debt maturing this month, while $50 million will be used to cover operating costs for building, which houses an InterContinental Hotel, offices and restaurants.


Korean Air Lines explained that most of the funds would be disbursed this year. Of the total, $300 million will be sourced from the Export-Import Bank of Korea.


While the airline has considered the sale of noncore assets, the loan suggests that the building will not be sold in the near term.


Late chairman Cho Yang-ho and his father and founder of the airline Cho Choong-hoon bought the site in 1989, which at the time had a 15-story hotel. Redevelopment took eight years, cost $1 billion and finished in 2017. Most of the debt that is currently on the books is from the project.

FTC to complete review of Korean Air-Asiana deal this year