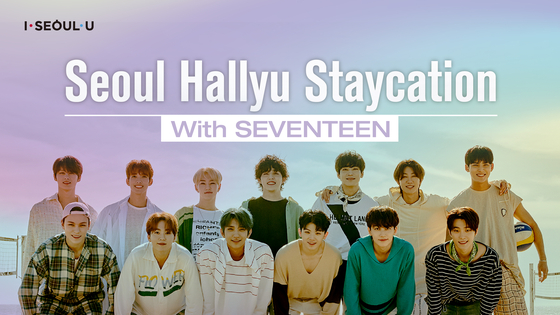 Members of K-pop boy band Seventeen plan to go live this Saturday on YouTube to introduce Korean culture in an initiative organized by the Seoul Metropolitan Government. [SEOUL METROPOLITAN GOVERNMENT]

The Seoul Metropolitan Government announced in a press release Thursday that Seventeen members Jeonghan, Jun, Mingyu and Vernon will appear on the official YouTube channel of the Seoul Tourism Organization (https://youtu.be/1cYdvTJCToE) twice Saturday, at 10 a.m. and 7 p.m.

At 10 a.m., the four members will hold a short cooking class and teach worldwide fans how to cook Korean dishes that appeared in Korean dramas, entertainment shows and various mukbang channels (eating shows), the Seoul government said. Foreign viewers will be able to whip up the dishes themselves too, as the show will focus on using ingredients that are readily available in foreign countries.

At 5 p.m. Saturday, the same members will go live again to provide fashion tips while referencing clothes worn by Korean actors in Korean dramas. The members will also offer some candid information about how they do their hair and makeup alongside a professional stylist, the city continued.

On Sept. 25, pre-recorded videos of Seventeen members introducing cultural content will be uploaded on the Seoul Tourism Organization’s YouTube channel. One video will take viewers on a virtual journey through Insa-dong, a popular tourist destination in Jongno District, central Seoul, where the boy band will be shown making Korea’s iconic banchan (side dish) kimchi and trying out spicy food.

In another video that’s planned for Sept. 25, the members will show off some of their dance moves in a video introducing Seoul’s K-pop culture, and suggest a K-pop dance challenge for viewers to follow at home. 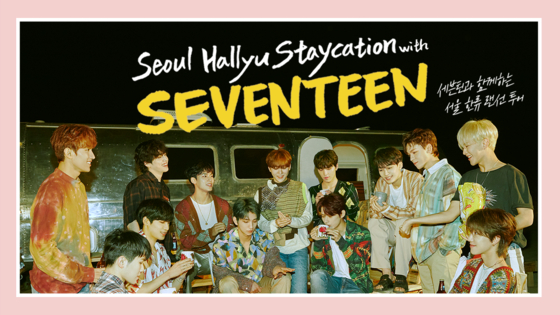 Members of K-pop boy band Seventeen plan to go live this Saturday on YouTube to introduce Korean culture in an initiative organized by the Seoul Metropolitan Government. [SEOUL METROPOLITAN GOVERNMENT]


The Seoul government office cited the 13-member group as saying in a statement they were “very honored” to have been given the opportunity to introduce Korean cultural content to worldwide K-pop fans, adding they hope fans would want to learn more about Korean culture and visit Seoul one day after watching their online videos.

Lee Eun-yeong, director of the Seoul Metropolitan Government’s Tourism Industry Division, said she hopes the videos offer global Hallyu (Korean Wave) fans some “solace and entertainment” at a time when they can’t personally visit the Korean capital due to the coronavirus pandemic.