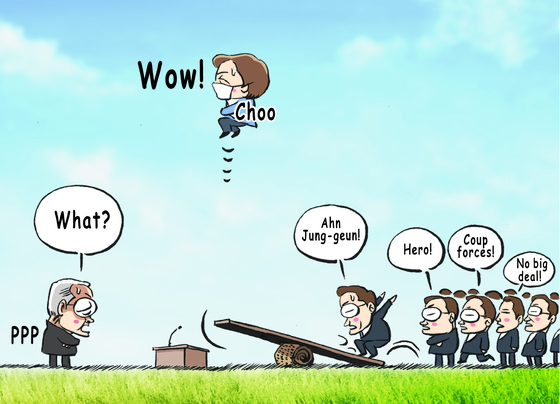 The opposition People Power Party (PPP) is surprised to see people supporting Justice Minister Choo Mi-ae despite her apparent pressure for special treatment for her son during his military service in 2017. Their supportive comments include a comparison of her son to independence fighter Ahn Jung-geun, praise for her son’s service despite a knee problem, an attack on general-turned-opposition lawmaker Shin Won-shik as a member of coup forces, and brushing off the treatment as no big deal. [PARK YONG-SEOK]