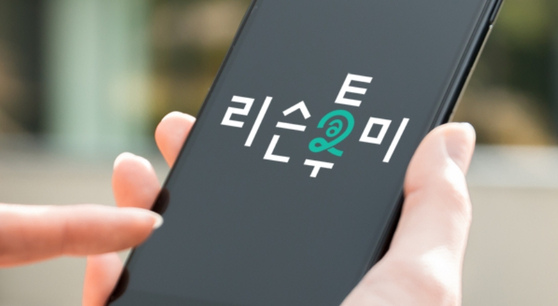 "Listen 2 Me," a mobile app intended to support victims of workplace sexual harassment, has been implemented by a number of public institutions since its release in May. [UCLICK]

Two Korean start-ups have released a mobile app to offer a relief to this problem. At Listen 2 Me, employees can anonymously file a complaint to report problematic senior managers.

Developed by IT start-up Connect X and operated by medium-sized software company Uclick, the essence of Listen 2 Me is in building a secret alliance among victims. Through the app, victims within a company who share a common offender can file a report together.

The record of the accuser and offender’s identity is encrypted and stored on the server. If another employee files a report against the same person, a notification is sent to the first accuser if he or she wants to report the offender together with someone else. The identity of each accuser is hidden for protection. It is also possible to file a report alone.

“Listen 2 Me focused on creating an environment that puts victims first,” said Park Seung-soo, director of Uclick. “If multiple victims report the same person, then companies are bound to come up with a response.”


The app provides guidelines for recounting and collecting details to prove the case. For example, when the user is asked to input information about where the act took place, the app suggests looking at credit card history if they do not have a clear memory. Phrases reassuring victims that they did not do anything wrong regularly pop up in between stages.

The app goes on to ask the user exactly how the offender acted after committing the violence and what measures the victim wants taken. This step is to minimize the face-to-face investigation that can potentially be stressful for the victims.

Another feature of the app is a checklist of items that may help the users identify the type of sexual harassment and abuse they experienced at the workplace. There are two sections, one for sexual harassment and the other for other types of abuse, including physical and psychological. The checklist for sexual harassment lists specific behavior, including conversations that involve sexually derogatory statements about the subject, stalking and forceful requests for meetings in private. In the section for general abuse, the list includes threats, use of slurs and violent language and bullying.

Human resources mangers have access to check the number of app downloads and the number of incidents being reported in real time. They are not able to single out the accuser and offender before a report is actually submitted. Before then, the app only informs the company that a report is in the process of being filled out — a measure that gives the company time to prepare for the worst.

In order to minimize misappropriation of the system, employee confirmation takes place at the beginning stage of filing a report to see whether the accuser actually works at the company. This is done by the accuser receiving a verification number to their corporate email account.

“Listen 2 Me is like a fire extinguisher placed at corners of buildings. It promptly represses a small fire and prevents a big one,” said Park. “Implementation itself will bring preventative advantages like hindering employees from abusing their coworkers.”

Hyundai Card applications can be made in English on app