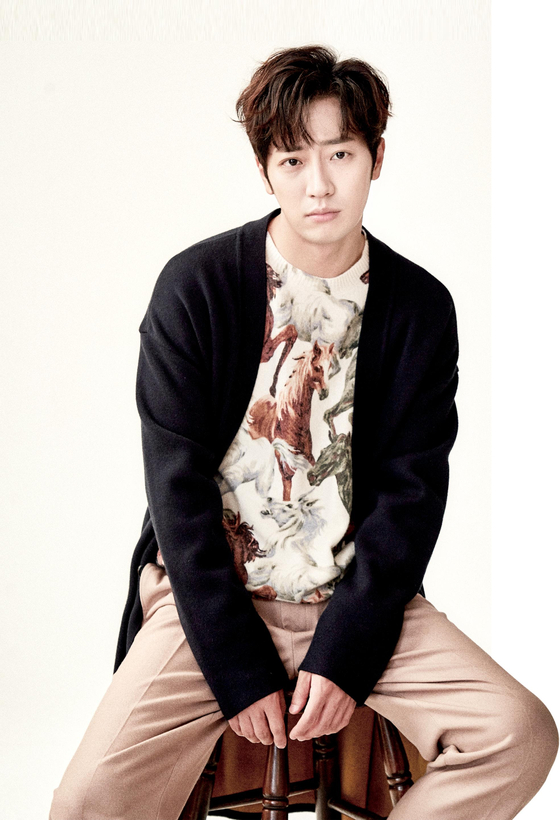 
Thanks to KBS drama “I’ve Been There Once,” actor Lee Sang-yeob has become a familiar face to many. In the drama that ended earlier this month, he played a husband who shows very realistic conflicts with his wife. The couple files for a divorce, but in the end they get back together and become parents to twins.

“I feel very emotional when I think the drama is over,” said actor Lee, who took part in an online interview with the Ilgan Sports, an affiliate of the Korea JoongAng Daily.

“The drama really is deep in my mind as we all rely on one another to continue filming despite the spread of the coronavirus as well as a long rainy season."

Due to the show's popularity, whose filming started in January, Lee has also taken part in a variety of entertainment shows including “Running Man.”

The actor, who said he might have shown too much of what he has gone through this year, continued to talk about how it felt to be in a show that he can now call one of his major works. Below are edited excerpts from the interview.


How did you get involved in the drama?
I was a fan of the writer Yang Hee-seung. I wanted to work with Yang for some time, but I didn’t get to read the script as soon as I got it because I was in the middle of filming “Good Casting.” One day I couldn’t fall asleep, so I started to read, and I couldn’t stop and read through the fifth episode. I could picture it [vividly], so I wanted to join.

How does it feel to have the public recognize you?
I got scolded much in the beginning of the drama, whenever I went to a restaurant to eat. They all told me to be nicer to my wife on the show. Every single response like that was really encouraging. I think people also sympathize a lot because the couple showed their conflicts and recovery very realistically.

How did it feel like to work on a drama that only airs on the weekends?
I now know how to do a piece that goes on for a long time. I got better at catching little details at any moment, and I became more vigilant. I also learned that I need to relax in order to act in a more comfortable manner.

Why do you think the drama was so well received by teenagers when such weekend dramas are usually more popular with an older audience?
I got to experience such a trend on Instagram that many in their teens and 20s watch the show, while I could feel the enthusiasm from those that are older from restaurants. I think the young ones liked it because the drama didn’t really bring forth any issues that they might be uncomfortable with.

Would you want to do another piece with your partner from the show, Lee Min-jung?
A romance might also be nice, but I think us acting as a brother and a sister to get through a variety of situations might be entertaining. I have relied on her a lot and I sent her a multiple thank-you messages.


Did being in the show make you want to be in a relationship or be married?
That idea didn’t really come into my mind as I was always on set. But I do feel lonely from time to time. I wanted to share things that I can’t with my parents with a partner.

What kind of son are you to your parents?
I’m like the character I played. I try to do well, but come off as someone cold. I did look back on myself as I get to see the character from the drama. I have not seen my mom feel lonely, but I did think a lot about how to treat my parents. It’s not easy.

What are you like in a relationship?
It depends on who I date. As I get older, I become more stubborn. Don’t I need to be less stubborn to date someone? I like a comfortable person. I want to date someone who wouldn’t feel uncomfortable even when I show my ugly side.

Do you have any plans now that you've finished filming?
I have ordered one video game I wanted to play. I'm also debating taking up cycling as a friend of mine asked me to go ride a bike together. I do want to learn many different things online. I think I have become less worldly, so I want to read more. I also want to spend more time with family. My saying these many things without any particular order means that I really don’t have anything planned out.

What kind of actor do you want to be?
As I’m done with this show, I started to gain more fear. I want to do more to the extent that I am capable of and work for a longer time. I want to be an actor who can naturally work well in any situation.