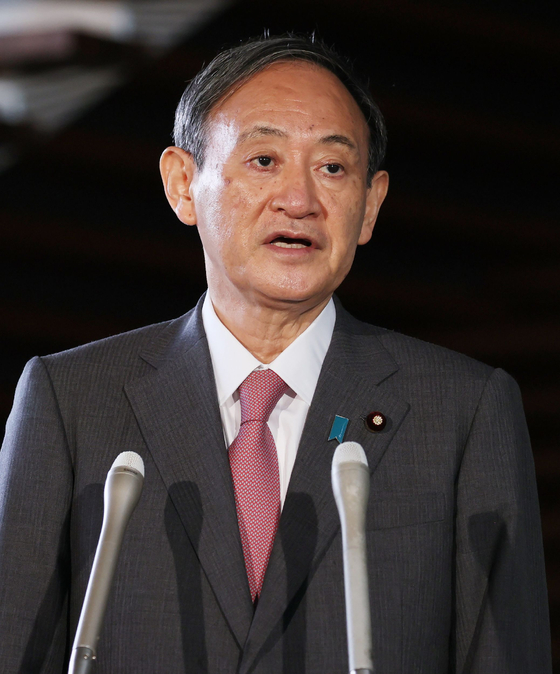 Suga “expressed thanks for President Moon’s congratulatory letter and stressed that the two countries are important neighbors,” said Kang, and conveyed his “hopes to overcome difficult issues to build forward-looking bilateral relations."

Moon in the letter to Suga expressed his wishes to work together to improve Korea-Japan relations and offered to sit for a summit anytime with the prime minister, describing Japan as “Korea's closest friend culturally and geographically, and a neighbor that shares fundamental values and strategic interests.”

Bilateral ties have been especially chill over the past year, after Japan implemented export restrictions on Korea in July 2019, resulting in an ongoing tit-for-tat trade spat. Japan’s export measures were seen as retaliation against two Korean Supreme Court rulings in late 2018 ordering Japanese companies to pay compensation to individual Korean victims of wartime forced labor.

Days after his resignation, Abe on Saturday visited the controversial Yasukuni Shrine, which enshrines 14 Class A war criminals from World War II, for the first time in six years and eight months.

Seoul’s Foreign Ministry immediately in a statement expressed "deep concern and regret" that Abe visited the shrine, “a symbolic establishment which glorifies Japan’s history of colonial rule and war of aggression, immediately after his resignation.”

The ministry added that the “international community can trust Japan only when Japanese leaders face history squarely and show by action they humbly reflect on and genuinely atone for the past history.”