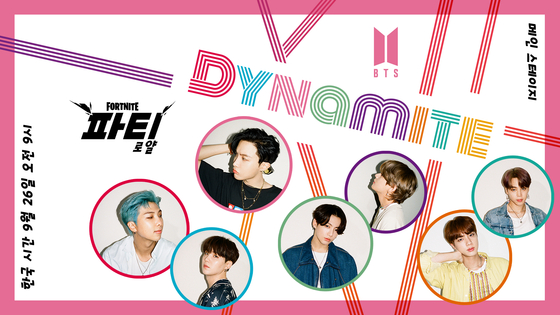 
BTS will premiere a new choreography music video for its latest single "Dynamite" in the virtual social space within the game Fortnite on Sept. 26, the agency announced on Tuesday.

An online video game developed by Epic Games, Fortnite offers various game modes for players: battle royale, party royale, creative, and save the world. Under the party royale mode, players can watch virtual live concerts and movies with other players and it will be in this mode that the video will be released.

Following the release of the official music video of "Dynamite" on Aug. 21, BTS dropped the B-side version of the music video on Aug. 25 which included bloopers. In collaboration with Epic Games, the new music video will feature new choreography to the song.