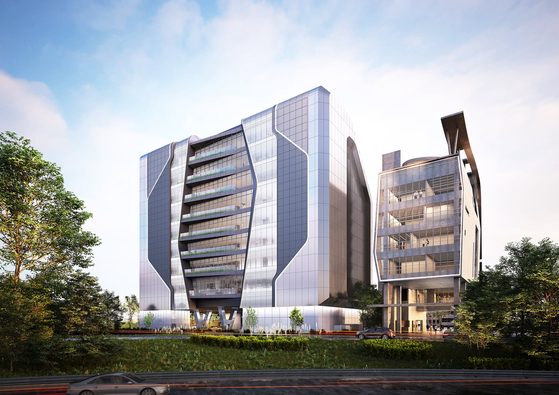 
YG Entertainment announced Wednesday that the construction of its new headquarters, which took four years, has finally reached a conclusion.

The new nine-story building in Hapjeong-dong in Mapo District, western Seoul, is located right next to the former headquarters of the agency and is about 10 times larger than the old building.

The old and new building will be connected with a sky bridge, said the company.

The new building is equipped with spacious dance studios, high-tech recording studios as well as a gym and a whole floor dedicated to a cafeteria.


Due to security reasons, the company couldn’t secure a separate zone for the fans inside the new building but rented a newly established building right across from the headquarters to turn it into a cafe and an exhibition area so that the fans can freely relax and spend time.

“There have been so many fans who pace up and down in front of the YG building, especially those who came all the way to Korea from different parts of the world, just to catch a glimpse of the YG artists,” said an official from the company.

“The problem was that they were still there even under the scorching sun or in bitter cold. It really worried us. And having no restrooms nearby as well.”

The building dedicated for the fans, according to YG Entertainment, will be ready by the end of this year.