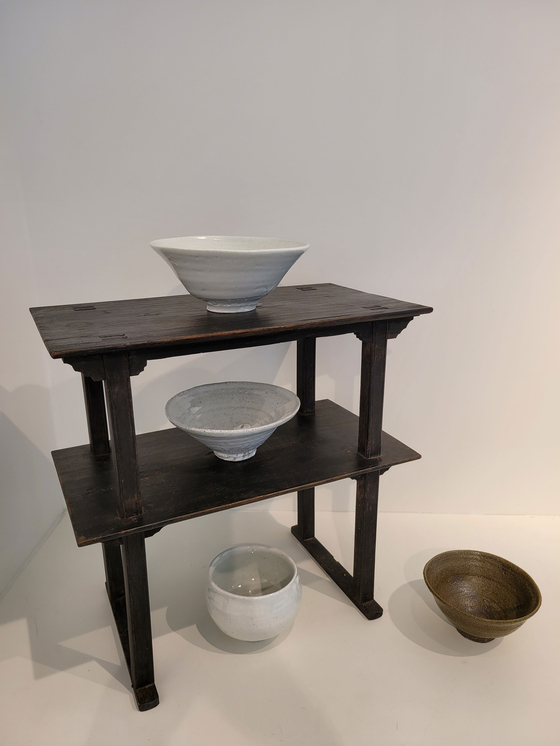 
When RM, who is not only the leader of the world-famous K-pop band BTS but also an emerging art collector, uploaded a photo of himself grinning while holding a moon jar on social media last November, a name in the photo's hashtags - Kwon Dae-sup - attracted people's attention. It was the name of the ceramic artist who made the moon jar, which the K-pop star added to his collection. 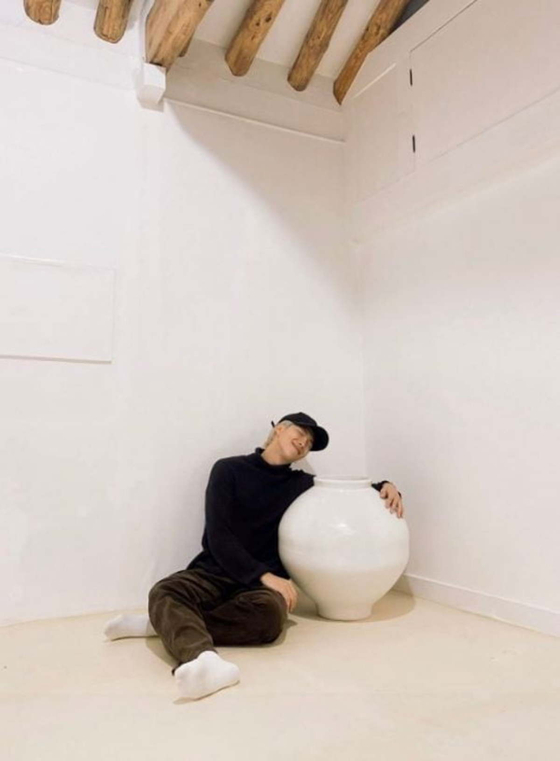 RM, the leader of the boy band BTS, poses with a moon jar made by Kwon Dae-sup and purchased by the K-pop star, in a photo uploaded on the band’s official Twitter account on Nov. 17, 2019. [BTS TWITTER]


Kwon, 68, well known on the arts and craft scene for his moon jars, a traditional Korean white porcelain jar reminiscent of a full moon in its rounded shape, and sabal, which refers to Korean traditional bowls, started an exhibition of his new sabal pieces, at Park Ryu Sook Gallery on a slope of Mount Namsan in central Seoul.

The bowls on view have various natural soil colors, warm and rough textures and intentionally imperfect shapes. They are reminiscent of the tradition of Ido chawan (tea bowls), which refer to the old Korean bowls from the Joseon Dynasty (1392-1910) admired and used for Zen-style tea ceremonies in Japan in the 16th century. One of the Korean bowls, called Kizaemon Ido chawan, is now registered as a National Treasure of Japan. 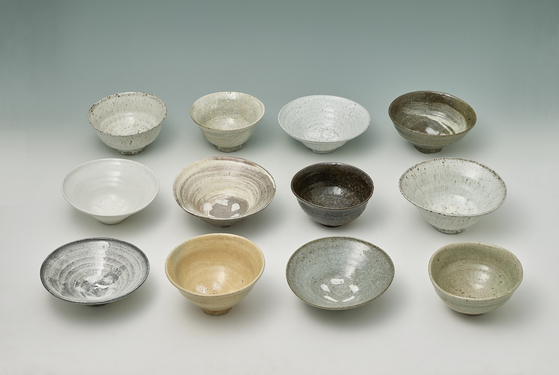 
"The Joseon bowls were originally for various kinds of food, while Japanese received them as tea bowls," Kwon told the press in a preview on Wednesday. "So, I make them as multipurpose bowls - not tea bowls, although you can use some of them as tea bowls."

Kwon majored in Western painting in the prestigious art college of Hongik University but changed to ceramics after he happened to see a moon jar in an antique shop and was mesmerized by it. 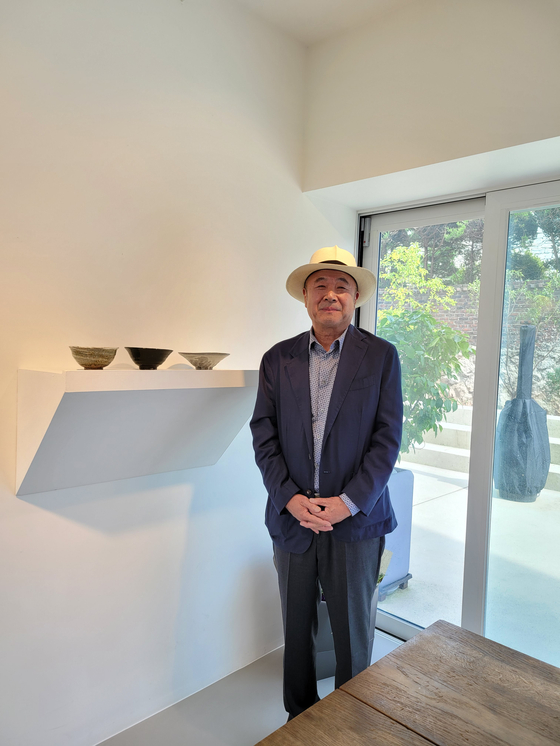 
"I have been an outsider from both sides [fine art and traditional pottery], but it made me free," Kwon said. "My work is not about reproducing the old ceramics correctly but about recreating their aesthetics in the context of our time," he added, pointing out the common Korean aesthetics found in moon jars and sabal.

"When RM visited artist Kwon last November, he said he could understand what is Korean [aesthetics] from the works of Kim Whanki, Yun Hyong-keun [two of the most important abstract painters in the Korean art history] and Kwon," said Park Ryu-sook, the founder and head of the gallery in the press meeting.

BTS's RM to recruit 200 fans to appear in promotional video